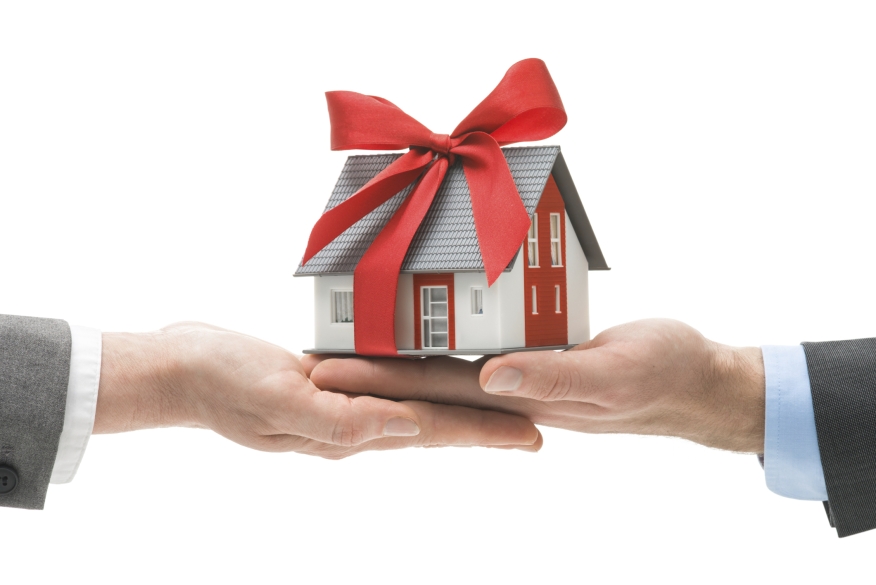 The latest data reports on the state of housing are mostly disappointing, although optimism in the state of the market has not abated.

Housing affordability took another hit as rents outpaced home values in April for the first time in years, according to the latest Zillow Real Estate Market Report. Last month’s home values recorded a three percent year-over rise to $178,400, but rents increased four percent year-over-year in the same period to $1,364. In some major markets, rents have been running far ahead of home values for nearly a year–San Francisco’s rents have been faster than home values in July 2014, while Boston’s annual rental growth has outpaced home value appreciation since August 2014.

Zillow expects home value growth to slow even further, to two percent annually, but this will not help alleviate the problem of housing affordability or expand homeownership.

"There are tremendous incentives to get into homeownership these days: mortgage access is improving, interest rates are low, and home values remain below prior peaks," said Zillow Chief Economist Stan Humphries. "But it will be increasingly difficult for many renters to realize these benefits as this country's growing rental affordability crisis continues to worsen. More income going to rent means less going to savings for a downpayment and other costs, keeping renters renting longer and feeding into the high demand that is contributing to rising rents in the first place. This cycle will be difficult to break, and is a symptom of the imbalances that still exist in the housing market as we struggle to get back to normal. New construction and rising wages will help, but neither is coming very quickly." 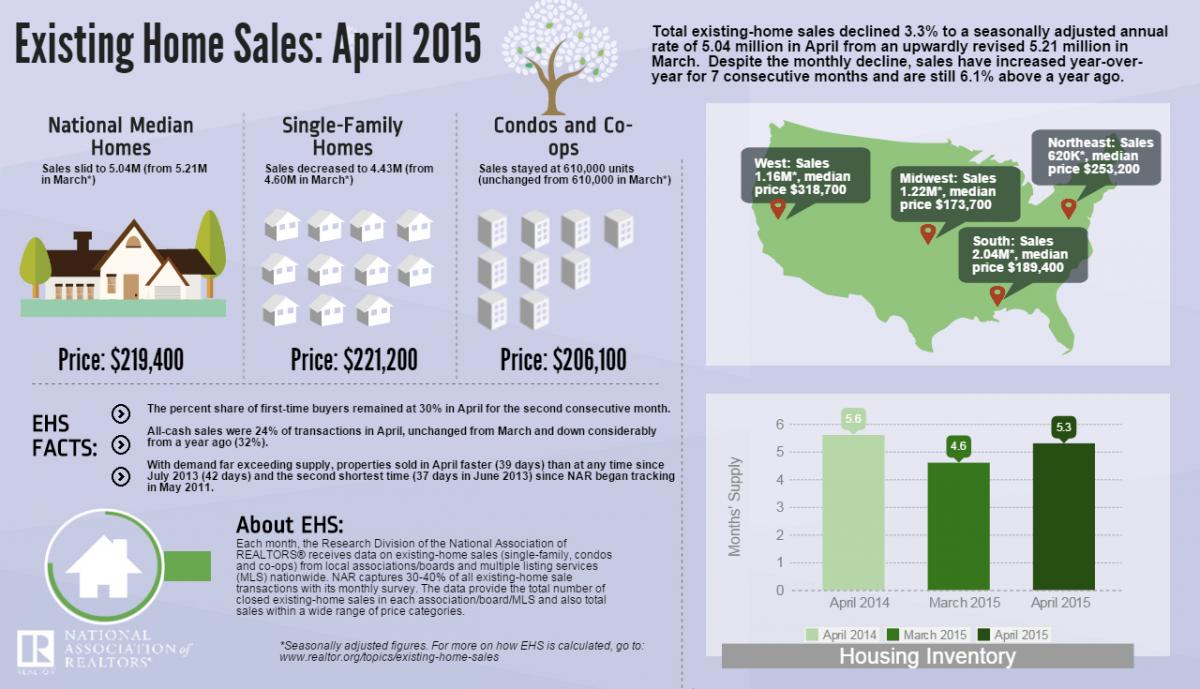 Still, there is some good news: Sales are 6.1 percent above a year ago and total housing inventory at the end of April increased 10 percent to 2.21 million existing homes available for sale, a mere 0.9 percent below last year’s level, while inventory is at a 5.3-month supply at the current sales pace, up from 4.6 months in March. And with demand exceeding supply, properties sold in April faster (39 days) than at any time since July 2013 (42 days) and the second shortest time (37 days in June 2013) since NAR began tracking in May 2011. The median existing-home price for all housing types in April was $219,400, which is 8.9 percent above April 2014. Las month was the 38th consecutive month of year-over-year price gains and is the largest since January 2014 (10.1 percent).

“April’s setback is the result of lagging supply relative to demand and the upward pressure it’s putting on prices,” said Lawrence Yun, NAR’s chief economist. “However, the overall data and feedback we’re hearing … continues to point to elevated levels of buying interest compared to a year ago. With low interest rates and job growth, more buyers will be encouraged to enter the market unless prices accelerate even higher in relation to incomes.”

On the rates front, action was mostly unsatisfactory. Freddie Mac’s latest Primary Mortgage Market Survey found the 30-year fixed-rate mortgage (FRM) averaged 3.84 percent with an average 0.7 point for the week ending May 21, down from last week’s 3.85 percent and down from the 4.14 percent recorded a year ago at this time. The 15-year FRM this week averaged 3.05 percent with an average 0.6 point, down last week’s 3.07 percent and last year’s 3.25 percent. 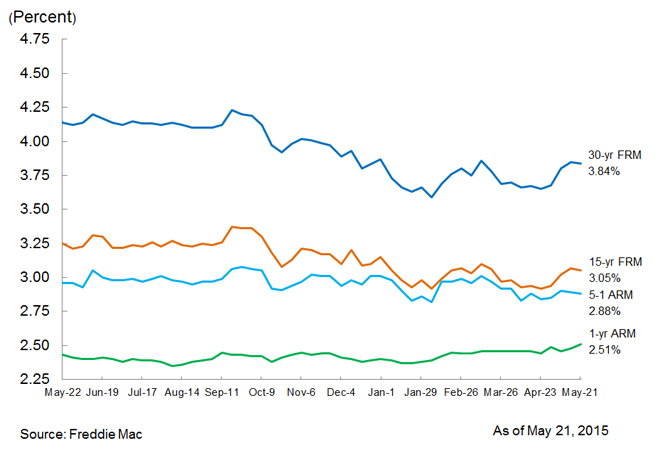