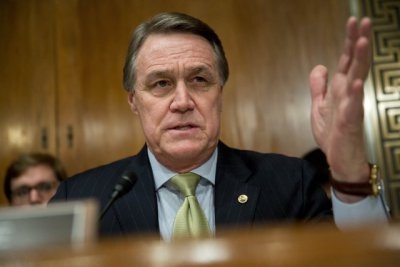 U.S. Sen. David Perdue (R-GA) has introduced the Consumer Financial Protection Bureau Accountability Act of 2015. The legislation will make the CFPB accountable to the American people by bringing it under the Congressional appropriations process. Given the expansive reach of the CFPB, Senator Perdue’s bill will provide critical Congressional oversight. In March, Sen. Perdue offered a similar amendment that was included in the final 2015 Budget Resolution.

“The Consumer Financial Protection Bureau was spawned from the disastrous Dodd-Frank financial regulation law,” said Sen. Perdue. “Georgians sent me to Washington to help restore accountability and transparency to the federal government, and the CFPB needs a major dose of both. Right now, the CFPB is a rogue agency that dishes out malicious financial policy and creates new rules and regulations at whim without real Congressional oversight. The American people, through Congress, deserve a closer look at the CFPB and how its actions will impact consumers. Additionally, the agency itself has failed to operate within its own budget and proven it is more concerned with preserving its own power than protecting the public. Ultimately, I believe the CFPB should be eliminated, but an important first step is bringing it into the light for the American people.”

►Georgia Bankers Association: “The CFPB makes all the consumer protection rules, and those rules set the tone for compliance examinations of every bank, regardless of bank size and regulator doing the exam. That’s why increased accountability and oversight of CFPB is so important, and we applaud Senator Perdue for his efforts to hold this consumer agency accountable,” said Joe Brannen, president and CEO of the Georgia Bankers Association. "Instead of spending thousands of hours responding to inconsequential concerns that don’t pose significant consumer risks, traditional bankers’ time could be better spent on serving the needs of the families and businesses in their communities.”

►U.S. Consumer Coalition: “The CFPB represents the greatest threat to consumer choice and freedom this country has seen in a long time. With the enforcement authority of the DOJ, and the regulatory authority of the FDIC, this unaccountable agency has limitless power to impact the lives of Americans,” said Sarah Makin on behalf of the U.S. Consumer Coalition. “While there may be a role for the CFPB, we applaud Senator Perdue for working to protect consumers from the so-called consumer protector.”

►Taxpayers Protection Alliance: “Currently, the CFPB operates outside of the jurisdiction of Congress (that most agencies operate in) and continues to be appropriated by taxpayer funds without the proper Congressional oversight. This is an agency that demands scrutiny like any other federal agency and should be held accountable for their actions by moving into the proper process for Congressional appropriations,” said David Williams, president of the Taxpayers Protection Alliance. "Any federal agency operating with the use of taxpayer funds must be subject to oversight by the elected officials that represent those taxpayers in Washington.”