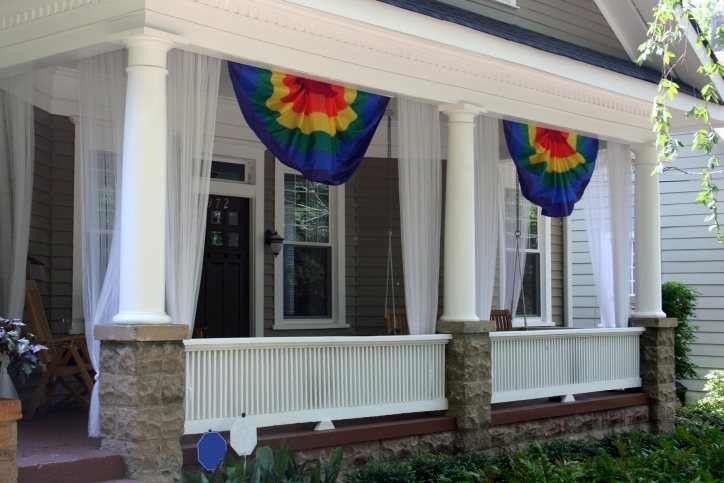 While today’s Supreme Court ruling enables same-sex couples to be legally married, there is still no federal law that specifically protects LGBT Americans from being discriminated against if they seek homeownership.

Originally passed in 1968 and expanded several times over the years, the Fair Housing Act prohibits housing discrimination based on race, color, national origin, religion, gender, disability or family status. The Obama Administration never publicly advocated for congressional expansion of the Fair Housing Act to encompass LGBT Americans, nor did Congress expand the law as part of the Dodd-Frank Act of 2010 (which was co-authored by the openly gay Rep. Barney Frank).

In December 2010, three weeks before the end of the 112th Congress (the last time Democrats controlled both the House and Senate), the Housing Opportunities Made Equal (HOME) Act was introduced by Rep. Jerrold Nadler (D-NY) as a means to expand the Fair Housing Act to cover discrimination based on sexual orientation. It was too late in the congressional session for the bill to have any traction, and Rep. Nadler reintroduced in June 2013 in the 113th Congress, where it was fatally stalled. The Los Angeles Times reports that new legislation to provide comprehensive federal protections for gays and lesbians nationwide, including in housing, is expected to be introduced this summer by Rep. David Cicilline (D-RI) in the House and Sen. Jeff Merkley (D-OR) in the Senate.

After another landmark Supreme Court decision this week on disparate claims in housing discrimination, the Human Rights Campaign announced that housing would be a main focus in its efforts to ensure LGBT rights and to expand the Fair Housing Act.