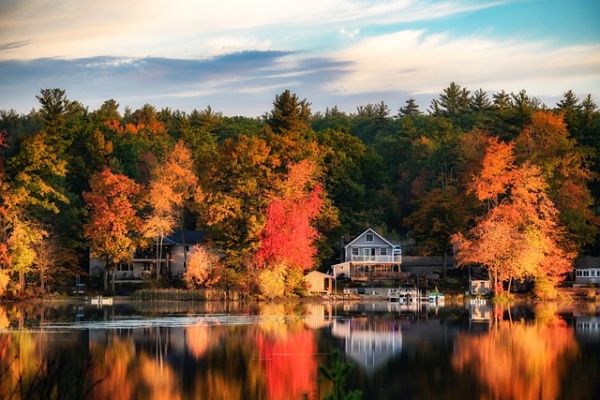 Things could be looking up for persistent homebuyers as the shift towards seasonal norms is upon the housing industry, according to Zillow.

The housing market is showing some signs of its normal autumnal cooling period, which was definitely not the case last year. For persistent homebuyers that could mean the perfect opportunity to find their home without much in the way of competition.

“Homebuyers shopping this fall shouldn't expect the same frenzied demand that triggered bidding wars on listings this spring and summer,” said Zillow senior economist Jeff Tucker. “The normal seasonal slowdown of autumn has returned, when many families are busy with back-to-school activities and planning for the holidays. Buyers can expect less competition, meaning more time to decide on a house and the potential for prices to fall on listings.”

Although the market is still far hotter than usual, October witnessed normal fall trends of decelerating growth for rents, declining list prices, longer times on the market for listings, and more homes receiving price cuts before sale, according to Zillow.

Additionally, home value appreciation also slowed in October for the third month in a row, as home values rose 1.3% over September, slower than the all-time high monthly appreciation of 2% in July. Zillow reported that the typical home value in the U.S. measured by the Zillow Home Value Index (ZHVI) is now up to $312,728. Annual growth of 19.2% ($50,405) is the highest in Zillow data reaching back to 2000.

As per the seasonal norm, fewer homes are on the market, along with less competition during the autumn and winter seasons. Zillow's October report shows inventory down by 17.4% year-over-year and contracting by 1.1% since September, after rising from May through September.

“Longer time on the market for listings means buyers have more time to weigh their options and schedule home inspections before purchasing. October listings typically spent 10 days on the market, compared to nine in September and seven in April, May, and June,” according to the report.

Median list prices have also fallen since July, and the share of homes that saw a price cut before selling increased incrementally over September, now standing at 14.7% — nearly double the year's low point in April, according to the report.