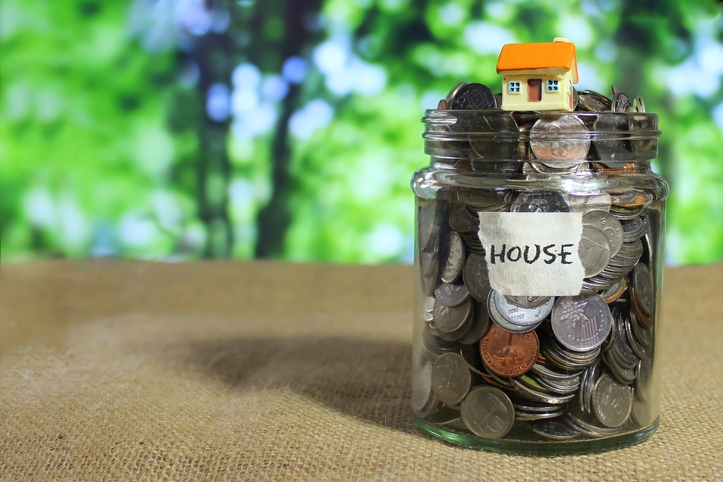 Americans who have never owned a home believe 20% down payments are required.

A recent survey by LendingTree shows just how little first-time homebuyers know about their financing options, particularly when it comes to down payments. The survey of more than 2,000 U.S. consumers finds that the majority of would-be homeowners stress about affording a down payment, and common misconceptions about how much they should put down may be holding them back.

LendingTree Senior Economic Analyst Jacob Channel said most prospective homebuyers don’t realize that they don’t have to put their white picket fence plans on hold until they meet a certain threshold for payments. In fact, many homeowners didn’t meet that threshold before securing their mortgage.

“There’s no magic number for how much a person should put toward a down payment,” Channel said. “Twenty percent is often considered ideal, but most people put down closer to 10% or less, which goes to show that you can still get approved for a mortgage even if you can’t reach 20%.”

The survey also found wide-spread misconceptions about how much a consumer should put down on a house, which may be an additional barrier to increasing homeownership. More than a third of Americans and 41% of those who’ve never owned a home believe they must put down 20% to own a home. Yet, an April 2022 National Association of Realtors report found that 44% of homebuyers put down less than 20%.

Private Mortgage Insurance is another burden prospective homebuyers worry about, and many Americans (60%) don’t know how to get rid of it. This is likely due to the fact rules vary by lender. For example, some lenders will remove PMI by request once your loan balance reaches 80% of the home’s purchase price. Other lenders may require you to refinance first. Still, 50% of Americans don’t want to put down less than 20% because they don’t want to owe PMI, which is required for lower down payments.

Nearly a quarter of Americans (24%) had their loved ones chip in to help finance the down payment on their house, either as a gift (16%) or a loan (8%). Among millennial homeowners, this figure surges to 37%. Among those who have never owned a home but hope to do so, 21% expect financial assistance from family or friends.

Moreover, 30% of prospective homebuyers hope to finance their down payments with a personal loan, but most lenders don’t allow this. Personal loans are prohibited as a down payment source for conventional and Federal Housing Administration (FHA) mortgages.

Those who hope to buy a home have generally high goals with 4 in 10 (42%) prospective first-time buyers who expect to put down at least 20% for their home. Still, most prospective first-time homebuyers haven’t started saving for their down payment yet. In fact, just 19% of those who’d like to own a home but never have say they’re currently saving for a down payment. While six-figure earners are the most likely to be saving for a down payment (41%), millennials ages 26 to 41 (24%) and Westerners (21%) are also more likely to be saving up.

Those who aren’t saving for a home may have a long way to go, as 53% of homeowners who financed their down payments with savings put aside specifically for that reason say it took them three or more years to save up for it. For Northeasterners (36%) and Gen Xers (35%), it took five or more years.

While Channel cautions that smaller down payments don’t come without risks, he says prospective homeowners shouldn’t fixate on hitting the 20% figure simply because they think they need to do so.

“A smaller down payment may make it harder for you to get approved for a loan, and it might also result in getting a higher interest rate if you’re approved,” Channel says. “With that said, because so many homeowners put less than 20% down, most would-be homebuyers probably don’t need to worry too much about not being able to put 20% or more down.”

Channel advises prospective homebuyers to still aim for high down payments — as long as they leave enough cash for future expenses. As a general rule, buyers should consider what their monthly mortgage payments might look like to determine the down payment amount that best fits their long-term needs.

Homebuyers who have previously owned a home know that the 20% threshold for down payments is not the end all be all. Almost 4 in 10 consumers (39%) who have owned a home say they expected to put down 20%. That generally aligns with what they put down, too, as 38% of homeowners in the LendingTree survey say they put down 20% or more.

That varies by demographic, though. Overall, older consumers are more likely to meet their down payment expectations than younger consumers. More than half (51%) of baby boomers say they expected to put down 20% or more — the highest of any group — and the same percentage did just that. Meanwhile, 42% of Gen Xers had similar expectations, but only 36% met them.

Millennials are less likely to do either. The percentages of those who expected to make such high down payments and those who did were both 27%, which is 24 percentage points below baby boomers.

Despite whether they met their expectations, 30% of homeowners wish they’d put more toward their down payments — particularly Millennials (44%) and Northeasterners (37%). Notably, just 24% of homeowners making less than $35,000 annually feel similarly.

More from
Analysis and Data
Consumers More Pessimistic About Buying, Selling A Home

The price per square foot of a U.S. home is higher than ever.