Bachus: Dems drag their feet on reform of Fannie Mae and Freddie Mac 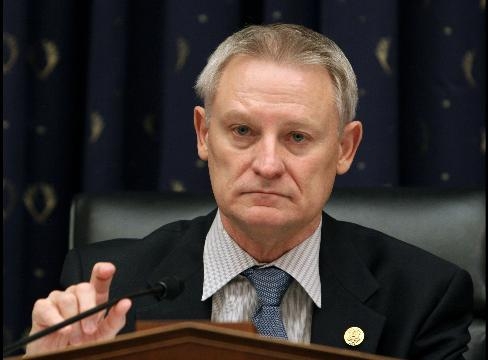 House Financial Services Committee Ranking Member Rep. Spencer Bachus has made the following statement regarding the announcement by the Obama Administration that it will convene a conference on the future of housing finance in August: "The Administration continues to drag its feet in providing Americans with a much-needed exit strategy from Fannie Mae and Freddie Mac. Instead of ending the GSE bailout, the Administration has twice increased its size and scope, costing the taxpayers $145 billion and counting. "In March, House Republicans introduced a plan to end the taxpayer-funded bailout and reform Fannie Mae and Freddie Mac. Republicans also tried to add GSE reform to the Democrats' financial reform bill, but the Democrats blocked our efforts every time. "The Democrat strategy of ‘planning to plan' does nothing to end these bailouts, and the time for asking questions and scheduling academic forums is over. Real action is needed before the November election to get Fannie Mae and Freddie Mac off of the backs of taxpayers, and that's exactly what House Republicans have offered." Financial Services Committee Republican-sponsored legislation includes: ►Comprehensive financial regulatory reform legislation (HR 3310) introduced by Ranking Member Bachus and committee Republicans to phase out taxpayer subsidies of Fannie Mae and Freddie Mac over a number of years and end the current model of privatized profits and socialized losses. ►A bill (HR 4476) introduced by Ranking Member Bachus to limit the compensation of Fannie Mae and Freddie Mac executives to the rates of pay for executive and senior level employees of the U.S government. ►Two bills (HR 4450 and HR 4581) sponsored by Rep. Judy Biggert, the Ranking Member of the Oversight and Investigations Subcommittee, to establish an Independent Inspector General within the Federal Housing Finance Agency, the GSEs' regulator, and to require regular reports to Congress outlining taxpayer liabilities, investment decisions, and management details of Fannie Mae and Freddie Mac. ►A bill (HR 4889) introduced by Rep. Jeb Hensarling, the Ranking Member of the Financial Institutions Subcommittee, to end the government conservatorship of Fannie Mae and Freddie Mac, and phase out taxpayer support; and ►Two bills (HR 2896 and HR 4653) introduced by Rep. Scott Garrett, the Ranking Member of the Capital Markets, Insurance and Government Sponsored Enterprises Subcommittee, to facilitate a robust covered bonds market in the U.S. and to put the two GSEs on budget. For more information, visit bachus.house.gov.
Link copied
Published
Jul 28, 2010
Coming Up See All
May
24
Suncoast Mortgage Expo
Tampa, FL
May
26
Non-QM is about Solutions and Confidence
Webinar
1:00 PM ET
Jun
01
DealDesk Focus on Acra Lending Rehab Loans
Webinar
1:00 PM ET
Get the Daily
Advertisement
Advertisement
Industry News
PennyMac Cutting 207 Jobs