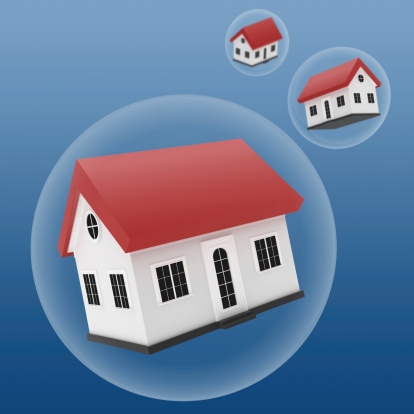 The U.S. Attorney’s Office for the Middle District of Pennsylvania, announced that the former owner/operator of Four Star Mortgage Service, Benjamin Haughney, who previously worked as a mortgage broker for First Advantage Mortgage Company, has been sentenced by Senior U.S. District Court Judge Edwin M. Kosik to spend two years in prison for participating in a scheme to fraudulently inflate mortgages over a six-year span from 1999-2005. According to United States Attorney Peter J. Smith, Haughney of Plymouth, Pa., previously pleaded guilty to a charge of mail fraud. Haughney was charged by an Information filed by the United States Attorney’s Office in July 2007, as a result of an investigation conducted by the Federal Bureau of Investigation (FBI). The Information outlined a scheme whereby operators and employees of First Advantage Mortgage Company, which was based in Lake Ariel, Pa. and later Hamlin, Pa., and had an office in Old Forge, Pa. and Four Star Mortgage Company, which was based in Gouldsboro, Pa., used false appraisals and documentation, including false W-2 forms, real estate appraisals and employment records, to qualify customers for inflated mortgages and loans. Some of those customers subsequently defaulted on the mortgages and loans, resulting in losses to banks and other financial institutions. The amount of money involved in the fraudulent scheme was between $1 million and $2.5 million, and involved between 10 and 50 victims. Haughney is the second of four defendants connected to the scheme to be sentenced in federal court. Alex Gambini, the former owner/operator of First Advantage Mortgage Company, was previously sentenced by Judge Kosik to 57 months in prison. Guillermo Laureiro and Richard Woods previously pleaded guilty to mail fraud for their participation in the illegal scheme and are awaiting sentencing. Judge Kosik also ordered Haughney to serve three years on supervised release following his prison sentence, and to pay a $100 special assessment. The Court deferred ruling on restitution in the matter for 90 days. In his plea agreement, Haughney agreed to pay restitution for losses resulting from his conduct.
Link copied
Published
Nov 16, 2011
Coming Up See All
Dec
01
How to Qualify Foreign National Borrowers with Acra Lending's Investor Cash-Flow Program
Webinar
1:00 PM ET
Dec
02
Certified Military Home Specialist Course - Basic Training
Webinar
11:00 AM PT / 2:00 PM ET
Dec
07
OriginatorTech
Virtual
•
11:00 AM ET
Get the Daily
Advertisement
Advertisement
Analysis and Data
Forbearance Exits Mount, But Foreclosure Activity Remains Muted