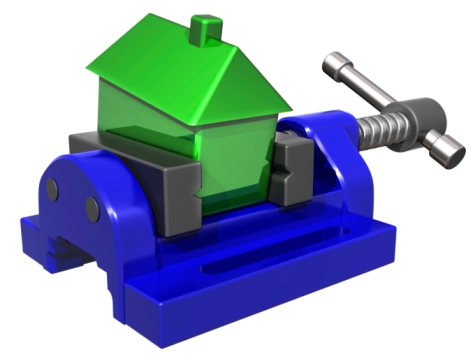 Ellie Mae Inc. has released findings from its study on the mortgage lending operations at community banks conducted by T. Aloise & Company, a market research firm specializing in financial services. The study shows that most community bankers see increasing regulations as the greatest immediate challenge to their mortgage businesses. The study also examined the different ways that smaller and larger community banks approach the consumer banking and mortgage markets and the effects of current market conditions on these banks, including legislative, regulatory and competitive factors impacting the market; implementation and use of technology; changes in customer relationships since the housing market crash in 2008; and the organizational structure and integration of mortgage divisions into their banks. Of the 198 community banks, both clients and non-clients of Ellie Mae, invited to take part in the study, 34 participated. Most community banks see the uncertainty of new laws and increased regulation as the biggest challenge facing their mortgage operations. “Handling the regulatory, market and technology challenges is something all banks, from multinational entities to small community banks, are facing," said Jonathan Corr, chief operating officer of Ellie Mae. "However, gaining insight into how community banks view these challenges and how larger, mid-sized and smaller banks within this segment perceive these challenges is vital for any company that provides services to this market.” Fifty-one percent of community bank executives surveyed said that dealing with changing compliance standards is their most significant challenge. New regulations created by Dodd-Frank and Truth-in-Lending legislation and the Consumer Financial Protection Bureau (CFPB) were specifically cited. Smaller community banks (below $500 million in assets) surveyed were more likely to view compliance as a staffing issue, as they need to attract and retain the appropriate professionals to ensure compliance. Mid-size ($500-$999 million in assets) and larger community banks ($1 billion and over in assets) surveyed tended to view the impact of compliance as a service issue and expect the increased and new regulations to cause a slowdown in approval processes for customers. One community banker, concerned that community banks will lose customers to larger-sized banks with more resources to address compliance requirements, said, “Regulation is becoming a big issue and you’ll see people exiting smaller community banks. It has become overwhelming for smaller players that were only able to do a handful of deals a month. Business might flow to larger-size banks. As people get used to the regulations, they might re-enter the business or they might not.” Commenting on the need for scale, another community banker added, “I believe that if the community banks do not grow their mortgage divisions, then the cost of compliance will lead to unprofitability ... The ones that are doing $300 to $400 million per year will remain viable.” According to the study, community banks see larger money center banks as their primary competitors in the mortgage sector. Of the 34 community banks surveyed: ►53 percent cited larger banks as their main competition; ►38 percent cited other community banks as their chief competition; and ►Only 15 percent cited credit unions as their primary competition. One community banker commented, “Large national banks are our biggest competitors. This is because of their name recognition and market presence. We respond with demonstrating our differentiators: service-level and personalization of service.” However, another banker noted, “I see customers that are wanting to get away from large banks. They prefer customer service. They want to be able to talk to someone, not an automated call center.” Nearly all of the community bankers participating in the study believed that technology is critical within the mortgage process and see it as both a way to automate compliance and compete via superior customer service. The survey results showed: ►Three-quarters of all community banks employ third-party mortgage solutions. ►The majority of community banks noted that their mortgage systems do not interact with other core banking systems. However, the larger the bank, the greater the likelihood their mortgage technologies are integrated with their core banking platforms. ►For smaller banks, the most important criteria in selecting a technology provider is the “user-friendliness” of the solution. ►Larger banks selected vendors based on the efficacy of the solutions and whether the solution will help them remain compliant with changing regulations. The study also explored how regulations, technology and market conditions have affected customer service and customer relationships. In spite of the changes over the past five years since the housing market crash, two-thirds of community bankers surveyed responded that their relationships with customers have changed. One-third of respondents said online banking has helped them provide high levels of customer service and another one-third reported that there has been no impact. Smaller banks tend to communicate with customers more in person while large community banks have incorporated more online communications. Although most community bankers surveyed view their mortgage operations as an extension of the bank, the respondents were evenly split on whether the mortgage operation is managed separately or integrated into the parent bank’s management structure. ►Two-thirds of the respondents said they do not have mortgage-only branches. ►The size of the bank does not seem to be a factor in whether mortgage operations are integrated into a bank’s operations or operated separately. ►One community banker explained how they work with their separate mortgage system, “We don’t even bother tying it to our core banking platform because it takes more time to do that than actually make the entries. It would be lovely if we could upload everything.”
Link copied
Published
Aug 17, 2012
Coming Up See All
Dec
01
How to Qualify Foreign National Borrowers with Acra Lending’s Investor Cash-Flow Program
Webinar
1:00 PM ET
Dec
02
Certified Military Home Specialist Course - Basic Training
Webinar
11:00 AM PT / 2:00 PM ET
Dec
07
OriginatorTech
Virtual
•
11:00 AM ET
Get the Daily
Advertisement
Advertisement
Sales and Marketing
Is The Fabled Rainy Day Here?