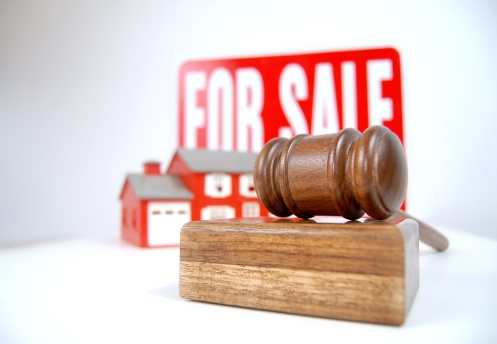 A Northern California real estate investor has agreed to plead guilty for his role in conspiracies to rig bids and commit mail fraud at public real estate foreclosure auctions in Northern California, the Department of Justice recently announced. Felony charges were filed recently in the U.S. District Court for the Northern District of California in San Francisco against Gilbert Chung of Burlingame, Calif., the 27th individual to plead guilty or agree to plead guilty as a result of the department’s ongoing antitrust investigations into bid rigging and fraud at public real estate foreclosure auctions in Northern California. According to court documents, Chung conspired with others not to bid against one another but instead to designate a winning bidder to obtain selected properties at public real estate foreclosure auctions in San Francisco and San Mateo Counties, California. Chung was also charged with conspiring to use the mail to carry out schemes to fraudulently acquire title to selected properties sold at public auctions, to make and receive payoffs, and to divert to co-conspirators money that would have otherwise gone to mortgage holders and others. The department said Chung conspired with others to rig bids and commit mail fraud at public real estate foreclosure auctions in San Francisco and San Mateo Counties beginning as early as January 2010 and continuing until about December 2010. “The conspirators went to great lengths to suppress competition and prices at these foreclosure auctions,” said Bill Baer, Assistant Attorney General in charge of the Department of Justice’s Antitrust Division. “The division will continue to vigorously enforce the antitrust laws and to prosecute those who violate them at the expense of distressed homeowners.” The department said that the primary purpose of the conspiracies was to suppress and restrain competition and to conceal payoffs in order to obtain selected real estate offered at San Francisco and San Mateo County public foreclosure auctions at non-competitive prices. When real estate properties are sold at these auctions, the proceeds are used to pay off the mortgage and other debt attached to the property, with remaining proceeds, if any, paid to the homeowner. “These charges are another example of our resolve to bring to justice those who engaged in fraudulent bid rigging and anticompetitive practices at foreclosure auctions,” said FBI Special Agent in Charge David J. Johnson of the San Francisco Field Office. “We continue our partnership with the Antitrust Division in aggressively pursuing individuals who participate in these criminal acts.” A violation of the Sherman Act carries a maximum penalty of 10 years in prison and a $1 million fine for individuals. The maximum fine for the Sherman Act charges may be increased to twice the gain derived from the crime or twice the loss suffered by the victim if either amount is greater than $1 million. A count of conspiracy to commit mail fraud carries a maximum sentence of 30 years in prison and a $1 million fine. The government can also seek to forfeit the proceeds earned from participating in the conspiracy to commit mail fraud.
Link copied
Published
Feb 13, 2013
Coming Up See All
Jan
26
Mortgage Leadership Outlook: Karl Jacob
Facebook Live
•
1:00 PM PT
Jan
27
Making Money in Non-QM
Webinar
1:00 PM ET
Feb
08
Texas Mortgage Roundup — Austin
Austin, TX
Get the Daily
Advertisement
Advertisement
Analysis and Data
Housing Bubble? Buyers Say Yes, Economist Says No