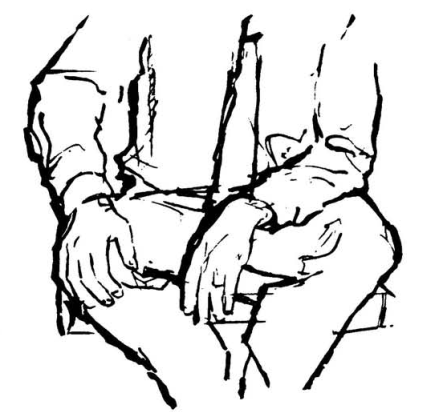 Buying signals are a lot like moving through a submarine. You close the water-tight doors and then progress to the front of the boat. As your prospect displays buying signals, they are letting you know the watertight doors can close and you can move ahead. Rarely is a buying signal a sign that someone wants to sign the contract then and there. But it is a cue they want you to move ahead faster. Here are some of the verbal and non-verbal cues that will indicate when you have said enough: The Whistling Teapot Having watched hundreds of hours of videotape on prospect behavior, I have noticed they will invariably lean forward in their chair or toward you while standing when they are ready to buy. The Whistling Teapot is an indication that your prospect wants you to pull out the contract. If you see them suddenly move forward, they are indicating a change in behavior. That change is your buying signal cue. I recently spoke at a Canadian sales conference in Edmonton. I made the mistake of admitting that I was the guest to the Canadian immigration officials. Unfortunately, the officials detained me for over four hours claiming I was taking jobs away from Canadians. Ironically, if I was a terrorist asking for asylum, they would have released me immediately. They were only waiting for the next flight back to the U.S. to deport me. One official said my client could have found another speaker besides me in Edmonton, although he did not know anyone off-hand. About an hour earlier, these Gestapo officials allowed me to go out past immigration, to tell my host, who had been waiting to pick me up, he could come in to see me. After two hours of negotiations, I finally was able to convince the inspector that a speaker on sales psychology, who was a past pro tennis player and the author of seven books, would be hard to replace at midnight for a program the next morning in front of 600 attendees. As I said this, the immigration official leaned into the Whistling Teapot buying signal. I stopped talking and said, “What do you think?” The official immediately broke down and mentioned that there was one area of the regulation that allowed a foreign speaker to perform for less than an hour over lunch, as long as it was a free speech. I jokingly said, “That’s me.” He smiled back. The problem was that my host meeting planner, who had been sitting quietly with me up to that point, decided that he had taken enough crap from these immigration thugs. The timing could not have been any worse. The meeting planner missed not only the buying signal, but also the even more obvious verbal cues as well. The official then leaned back into his chair, crossed his arms and legs, and told me again that he was going to deport me. It took me another two hours to get the official back on my side. The Sitting Tremor Like The Whistling Teapot, the Sitting Tremor is also displayed by moving forward in their chair or leaning in toward you. Your prospect is signaling, “Stop talking already, let me buy!” There is a difference. If your prospect sits forward in his chair the whole time, his back may just be sore. But if you suddenly see them move forward in their chair, you have got a commission check coming as long as you know enough to close at the right time. Verbal Cues Verbal buying signals are more obvious. You have heard them over the telephone or in person without even knowing it. These buying signals are: ► How much does this cost? ► Can I get this in blue? ► How quickly can I get delivery? ► What kind of guarantee does this come with? All of these are obvious signals that your prospect has heard enough and wants to start thinking about exchanging money for what he has listened to. Like non-verbal cues, you should trial close when you hear a verbal buying signal. I watched one salesperson spot a buying signal and then trial close. The prospect said, “Great, let’s do it.” She then startled me by saying to the prospect, “Are you sure?” He then said, “I don’t know, shouldn’t be?” And she was off to the races trying to recover a sale. Sales is all about probing for needs, providing solutions that work, and then getting your client to implement your recommendations. Most of the time, your clients will show and tell you when they are ready to buy. If you miss those cues, you may miss the sale. Good luck and pay attention! Kerry Johnson, MBA, Ph.D. is a best-selling author and frequent speaker at mortgage origination meetings around the world. Peak Performance Coaching (his one-on-one coaching program) promises to increase your business by 80 percent in eight weeks. To see if you are a candidate for this fast track system, click on www.KerryJohnson.com/coaching and take a free evaluation test. He may be reached by phone at (800) 883-8787 or e-mail [email protected]
Link copied
Published
Apr 22, 2013
Coming Up See All
May
26
Non-QM is about Solutions and Confidence
Webinar
1:00 PM ET
Jun
01
DealDesk Focus on Acra Lending Rehab Loans
Webinar
1:00 PM ET
Jun
08
Motor City Mortgage Expo
Detroit, MI
Get the Daily
Advertisement
Advertisement
Industry News
Lakeview Loan Servicing Faces Multiple Lawsuits Over Data Breach