Fixed-Rates Level Off, Remain in the Four Percent Range

"Fixed mortgage rates were slightly down on mixed results from October's employment report," said Frank Nothaft, vice president and chief economist, Freddie Mac. "While the unemployment rate declined to 5.8 percent, nonfarm employment rose by 214,000 jobs, which was below consensus expectations. Net revisions for payroll employment in August and September added 31,000 more jobs to the initial readings." 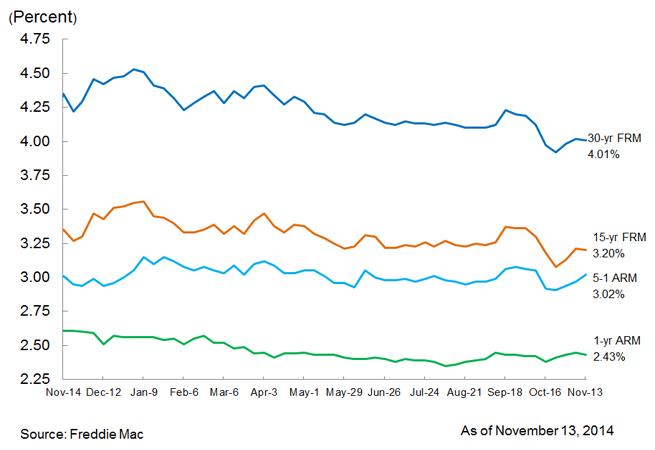