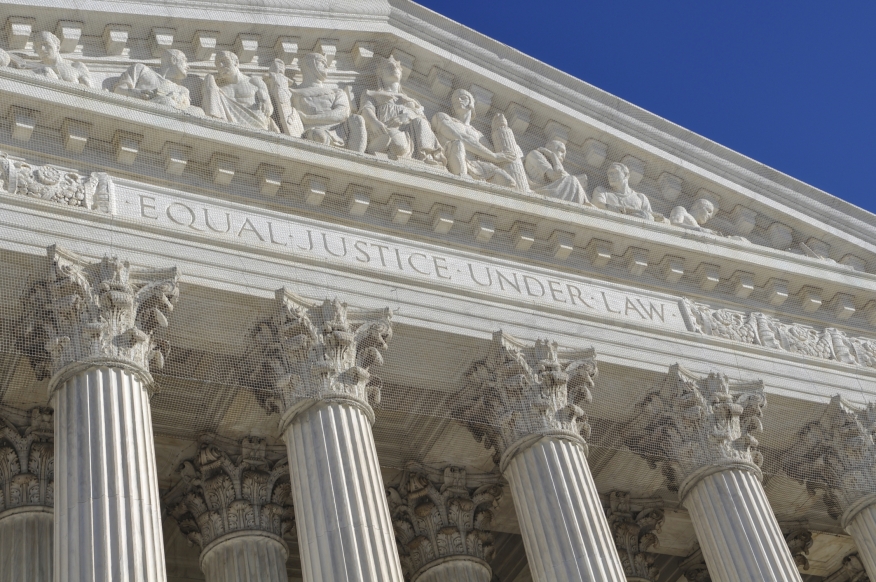 A pair of Democratic senators inserted themselves into the discussion surrounding the current case before the U.S. Supreme Court relating to the constitutionality of anti-discrimination protections within the Fair Housing Act, warning of significant social and economic problems if these  if these protections, known as disparate impact, were ruled unconstitutional.

Under the Fair Housing Act, discrimination based on race is illegal. At question here is the question of litigation based on a disparate impact claim, which is an allegation that a law results in a discriminatory effect even if it was never based on a discriminatory purpose. The case before the Supreme Court involves the impact of tax credits allocated by the Texas Department of Housing and Community Affairs on housing options available to lower-income and primarily African-American families. The department is being sued by the Inclusive Communities Project, a nonprofit, which charges the department’s tax credit allocations created racially segregated housing in the Dallas market.

Sen. Elizabeth Warren of Massachusetts all but accused the federal government’s judicial branch of creating a racist agenda while laying the groundwork for a new economic crash if the justices rule against the legality of the Fair Housing Act’s provisions on disparate impact claims.

“The Supreme Court appears poised to continue its systematic assault on our core civil rights laws,” Warren wrote in a Washington Post opinion column. “After gutting the Voting Rights Act just two years ago, the court set its sights on our country’s fair housing laws when it heard oral arguments today in Texas Department of Housing and Community Affairs v. The Inclusive Communities Project. As with the voting rights decision, a decision limiting the scope of the housing laws would ignore the will of Congress and undermine basic principles of racial equality. But there is even more at stake in the fair housing case, because the wrong decision would reduce economic opportunities for working families and raise the risk of another financial crisis.”

“Such a ruling would inevitably result in far more segregated communities,” Warren added. “Seventeen states with both Democratic and Republican governors—from Massachusetts and California to North Carolina and Utah—have joined to warn that jettisoning disparate impact claims would eliminate ‘an especially important tool to combat the kinds of discrimination that perpetuate segregation.’ That is deeply troubling on its face, but the economic effects are even broader. Housing segregation has a powerful impact on opportunities to build economic security. Data show that lower- and middle-income families living in more segregated communities have a harder time climbing the economic ladder.”

Separately, Sen. Tim Kaine of Virginia used less fiery language than Warren in expressing his concerns surrounding the ongoing case, focusing more on the letter of the law in his argument.

“As a fair housing attorney for nearly two decades, I specialized in representing people who had been denied housing due to their race or disability,” Kaine wrote in a statement. “I know that discrimination in housing does not have to be intentional to result in unfair and damaging effects on communities. That is why the disparate impact doctrine is so important–it allows plaintiffs to challenge a law or practice by proving its discriminatory effect. A decision by the Supreme Court to invalidate this doctrine would reverse a tool used by 11 federal court of appeals in deciding housing discrimination cases since passage of the Fair Housing Act in 1968. The availability of a safe, affordable home is part of the American dream, and we should be working to see that dream become a reality for all Americans. I remain committed to ensuring that affordable housing is made available to all citizens.”

On the other side of the argument, Texas Attorney General Ken Paxton defended his state’s actions in this case.

“The Texas Department of Housing and Community Affairs has, in good faith, followed the preference under federal statutes for awarding tax credits to housing developments in lower-income Texas communities,” Paxton said. “For that, the Department was hauled into court and sued under the Fair Housing Act. The Fair Housing Act rightfully prohibits intentional acts of discrimination, and the district court found that the Department didn’t commit intentional discrimination. We believe we have strong arguments in this case and that the law is clear.”

The Supreme Court heard oral arguments in this case yesterday. A ruling is expected later this spring.