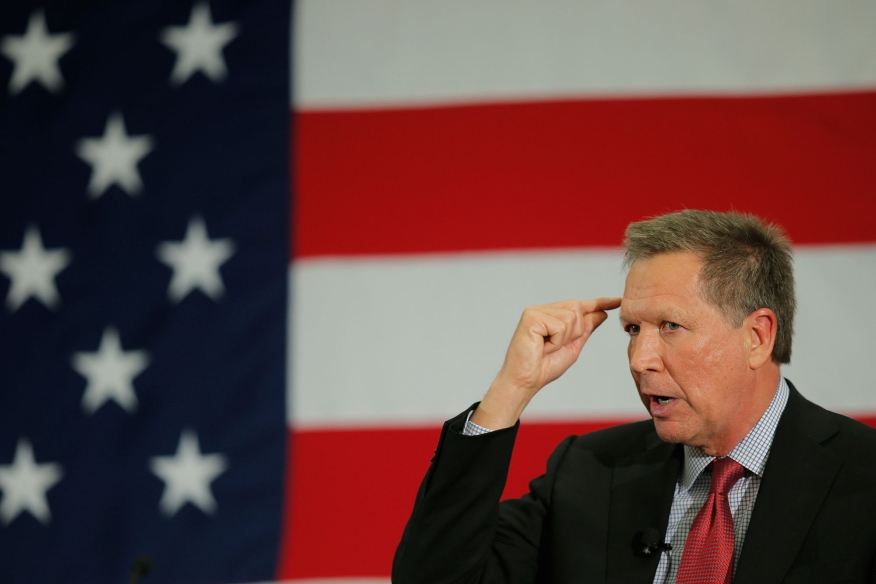 In a very rare campaign acknowledgement of his career with one of Wall Street’s most controversial companies, Ohio Gov. John Kasich used sarcasm to swat away the latest effort to raise attention to his role at the doomed Lehman Brothers prior to its 2008 collapse.

According to an NBC News report, the Republican presidential aspirant used a campaign rally in Lima, Ohio, to absolve himself from continuing charges that played a role in the New York-based financial giant’s downfall, which helped to speed the 2008 financial crisis. Kasich’s presidential campaign, which never plays up that he was a managing director in Lehman Brothers’ investment banking division from 2001 until the company’s bankruptcy in 2008, was responding to comments and a new advertisement by rival Donald Trump about his connection to the firm.

"I will say one thing about Lehman Brothers," Kasich insisted. "I ran a two-man office in Columbus, Ohio. And if I bankrupted Lehman Brothers from a two- man office, I should have been selected pope, not run for president. That's like blaming a car dealer in Lima for the collapse of GM."

While Kasich had repeatedly downplayed his involvement with the company—he once defined himself as a “hard working banker” while employed by the firm—evidence suggests that he was hardly out of the proverbial loop with the corporate chieftains. Gary Weinstein, Kasich’s boss during his tenure with the company, told Cleveland.com in a 2014 interview that a Columbus office was set up “because John wasn't going to move,” adding that Kasich frequently commuted to New York to confer with the company’s hierarchy. Kasich also played roles in Lehman Brothers’ 2004 coordination of Google’s initial public offering as well as in financial transactions involving debt offerings and acquisitions.

To date, Kasich’s involvement with Lehman Brothers has not hurt his political career. The connection was first raised when he challenged the incumbent Gov. Ted Strickland in 2010, but attack ads insinuating that Kasich profited while the economy fell apart failed to keep him from unseating Strickland by two percentage points. In February, a Super PAC affiliated with New Jersey Gov. Chris Christie linked Kasich to Lehman Brothers in advertisements run during the New Hampshire Primary—Kasich came in second in that race, while Christie ended his presidential bid with that primary.