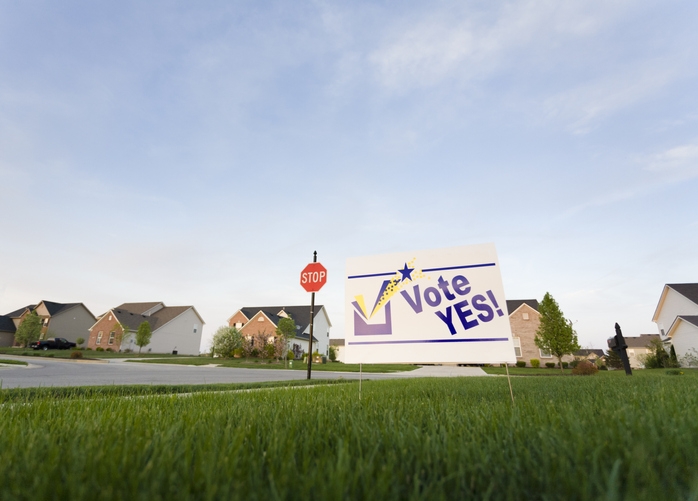 A coalition of housing-focused trade organizations are backing a new legislative push to encourage the development of affordable housing in areas where zoning and density restrictions have prevented new construction.
The trade groups have given their support to the bipartisan H.R. 4351, the “Yes in My Backyard,” or “YIMBY Act,” as well as to the companion bill introduced in the Senate by Sen. Todd Young (R-IN). In a letter to legislators, the trade groups commended the bill’s requirement that Community Development Block Grant recipients report on their implementation of specific pro-affordability and anti-discriminatory housing policies. This would create a new reporting requirement under the existing Consolidated Plan Reporting where localities would detail policies that they are implementing pursuant to a specified list of options, rather than having the federal government mandate the policies that they should implement.
"Introduction of the YIMBY Act comes at a critical time in the debate over housing affordability and availability," the trade groups said in their letter. "According to Up for Growth's 2018 report Housing Underproduction in the U.S., the country failed to produce 7.3 million homes between 2000 and 2015. This shortage of homes means families pay more rent and face unnecessary barriers to jobs and amenities. Nearly half of the country's renter households are cost burdened negatively impacting household budgets and preventing communities from achieving their desired economic potential."
In response to policies that prevent the construction of affordable housing in certain communities, the trade groups added: "The YIMBY Act will help communities recognize their own agency in the housing shortage and provide them with a framework for smarter policymaking. The bipartisan sponsorship of this bill demonstrates the Congress' commitment to innovative solutions to improve the lives of American families."
The trade groups supporting the bill include the American Planning Association, Habitat for Humanity International, the Housing Advisory Group, Leading Builders of America; the Mortgage Bankers Association, the National Apartment Association, the National Association of Realtors, the National Multifamily Housing Council, Prosperity Now, Smart Growth America and Up for Growth Action.
Link copied
Published
Sep 27, 2019
Coming Up See All
Oct
06
How to Use Credit as A Strategic Tool to Attract More Leads, Make Better Offers and Close More Loans
Webinar
2:00 PM ET
Oct
11
California Mortgage Expo – SF/Oakland
San Francisco, CA
Oct
13
Close More Loans for Self-Employed Borrowers
Webinar
2:00 PM ET
Get the Daily
Advertisement
Advertisement
Wholesale
loanDepot Again Reduces Funding Capacity By $500M