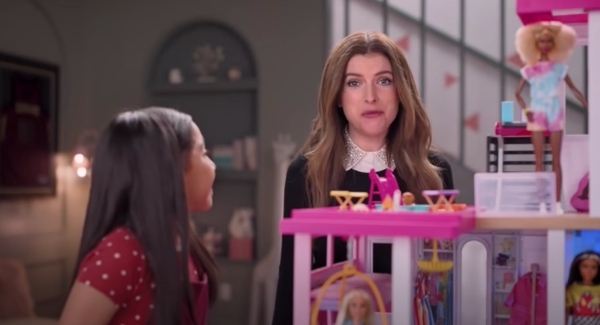 The annual program is the industry’s leading tool to measure public sentiment and opinion surrounding Super Bowl advertisements. This is the second year in a row the real estate and mortgage provider’s Super Bowl commercial has taken the top spot in USA TODAY Ad Meter and the first time USA TODAY Ad Meter has had a repeat winner since 2014-15.

Rated the top advertisement of this year’s competition by panelists, “Dream House with Anna Kendrick and Barbie” features actress and singer Anna Kendrick, who with the help of Rocket Homes and Rocket Mortgage, assists the iconic fashion doll Barbie in winning a bidding war for Barbie’s dream house.

According to USA Today, the 60-second spot scored a 6.82 rating among voters, edging out Amazon's "Mind Reader" ad, which registered a 6.78 rating. Now in its 34th year, USA Today's Ad Meter ranks commercials by consumer rating with panelists scoring each ad on a 1-to-10 scale.

“I had a lot of fun with Barbie and loved the idea of helping prospective home buyers land their very own dreamhouse for my first ever Super Bowl spot,” Kendrick said.

Rocket Mortgage also dished out $1.6 million in cash prizes to 14 winners across the country as part of its Rocket Mortgage Super Bowl Squares Sweepstakes.

During last night's game, Derek S. of Gilbert, Ariz., and Ron S. of West Bloomfield, Mich., were the big winners, being awarded grand prizes of $500,000 each to use toward the home of their dreams. Additionally, 12 more winners took home $50,000 each for being selected from the squares that corresponded to score each time a point was scored.

“Rocket Mortgage has a long history of innovating and creating experiences that are the first of their kind, the biggest or the only one like it — adding excitement to some of the country's most iconic events,” said Casey Hurbis, chief marketing officer supporting Rocket Mortgage. “Whether it's taking a longstanding tradition, like the beloved Super Bowl squares game, and super-sizing it to give away millions of dollars, or enlisting high-profile, unexpected celebrities like Anna Kendrick and Barbie in a Super Bowl commercial — we push the limits of what's possible to connect with Americans in a way that is fun and exciting.”

Rocket Mortgage is also the Official Mortgage Provider of the National Football League through a multi-year partnership.