National Mortgage Professional
Dec 27, 2007
Senate flood insurance bill keeps current limits, omits wind coverageMortgagePress.comNational Flood Insurance Program, increasing maximum coverage limits, private wind insurance market The U.S. Senate Banking Committee has approved legislation to reform the National Flood Insurance Program (NFID). The Flood Insurance Reform and Modernization Act of 2007 will now move to the floor of the full Senate. The U.S. House of Representatives passed a similar measure last month, but while both the House and Senate versions reauthorize the NFIP through 2013, the Senate version veers from the House bill by not increasing maximum coverage limits and leaving out optional coverages, including business interruption coverage and additional living expenses. The Senate version also differs from the House bill in that it does not include optional federal wind coverage, something insurers have said would result in a dramatic expansion of the NFIP--with the potential for huge deficits--and a fundamental realignment of both the NFIP and the private wind insurance market. The Senate bill won praise from insurers, while agents expressed disappointment that it lacks the increased limits and the business interruption and living expense upgrades. "AIA [American Insurance Association] is pleased that the Senate Banking Committee approved legislation that will put the NFIP on a firm financial footing and will not include federal wind coverage as part of the NFIP reforms voted on [recently]," said AIA President Marc Racicot. "We have steadfastly opposed the inclusion of windstorm coverage in the House version of this legislation and will continue to oppose adding wind as the House and Senate deliberate on this legislation." Adding windstorm coverage would also encourage building in hurricane-prone regions, putting more people and property in the path of devastating storms, Racicot said. "This is a very good bill," said Ben McKay, Property Casualty Insurers Association of America's (PCI) senior vice president, federal government relations. "PCI has always supported reforming the flood program so that it can be solvent for the foreseeable future and helpful to consumers in need, but the addition of wind coverage would be extremely costly and potentially very damaging to the NFIP and its policyholders. "We fully support the proposal to move forward with needed reforms without including needless additional exposure to a program that is already overburdened in the wake of hurricanes Katrina and Rita." The Independent Insurance Agents & Brokers of America (IIABA) expressed concern over the missing upgrades. "Both an increase in the maximum coverage limits and an inclusion of optional coverages would better allow both individuals and commercial businesses to insure against the damages that massive flooding can cause. We hope that the Senate will consider including these provisions as the legislation moves forward," said John Prible, IIABA assistant vice president for federal government affairs. The House bill would increase coverage limits from $250,000 (structure) and $100,000 (contents) to $335,000 (structure) and $135,000 (contents) for any single-family dwelling and from $500,000 to $670,000 for structures and related contents of a non-residential property. The House version would also provide optional coverage for additional living expenses following a flood loss when the residence is unfit to live in, basement improvements, business interruption for commercial property and full replacement cost of the contents of properties. New benefits would be made available only at time of renewal or issuance of a new contract, and only at actuarial rates, according to the bill summary. Agents have not supported the addition of windstorm coverage. For more information, visit www.senate.gov or www.house.gov.
Link copied
Published
Dec 27, 2007
Coming Up See All
Feb
14
Texas Mortgage Roundup — Austin
Austin, TX
Mar
01
Atlanta Mortgage Expo
Atlanta, GA
Mar
15
Mid-South Mortgage Expo
Nashville, TN
Get the Daily
Advertisement
Advertisement
Non-QM
Fitch Rates Mostly Non-QM Offering Backed By A&D Mortgage Loans 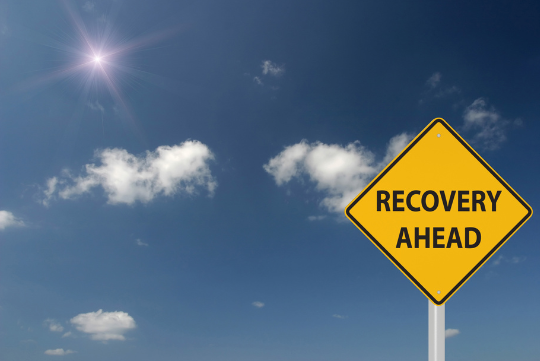