18.9M Americans Plan To Move Due To Remote Work 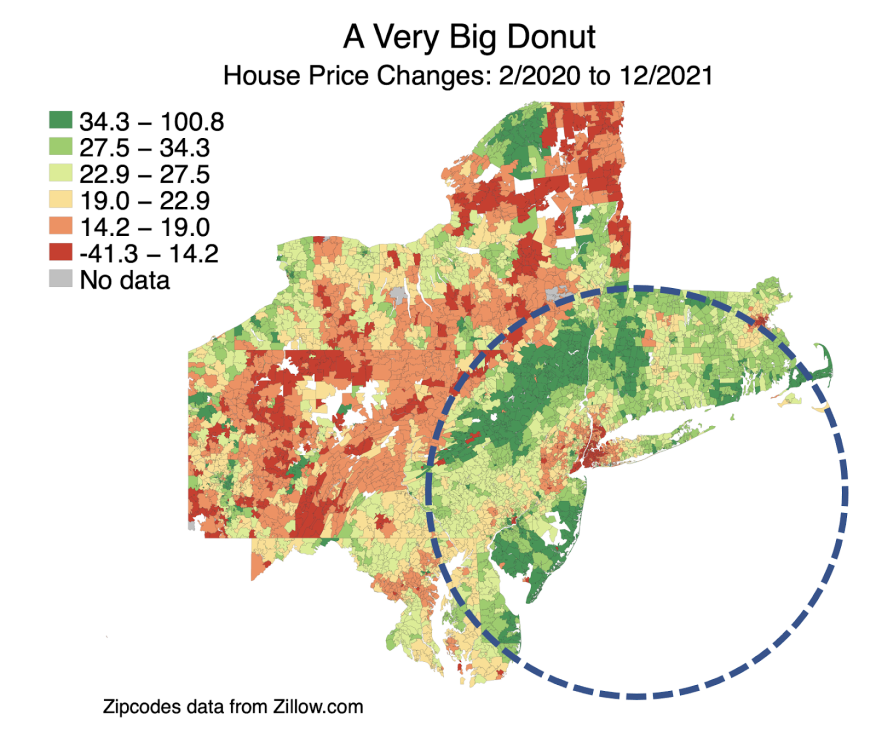 Two years later, a survey of 23,000 people found that, across the country, homeowners see a life in which the location of their job and where they live are not the same.

Two years ago, the pandemic rocked just about everyone’s world, throwing some people completely off-kilter while others were thrust into better situations and opportunities. News trends began to emerge and markets adjusted to new demands from consumers. One of the most inspiring revolutions to come from the pandemic, though, was the shift to remote work.

UpWork’s Remote Worker On The Move report found that early on, remote work affected planned migration in the U.S. and still continues to do so. Two years later, a survey of 23,000 people found that, across the country, homeowners see a life in which the location of their jobs and where they live are not the same.

Key findings from the report include:

Most of the out-migration came from cities with a high cost of living and many jobs that can be done remotely. This includes “superstar” cities like New York and San Francisco. Survey data suggests that more people will commit to long-distance moves, but alternative theories suggest that moves will primarily be from city centers to nearby suburbs within the same metro area.

If movers relocate to nearby suburbs it would be more supportive of the hybrid work model, where employees go to the office only part time or visit occasionally. Economists Arjun Ramani and Nicholas Bloom call this the “donut effect,” because it draws attention away from central business districts and pushes up demand in nearby suburbs.

Another implication for the donut theory is that while there is a lot of movement within metros, there will be less movement between them. This would mean there is less scope for remote work to spread economic activity throughout the U.S. and away from superstar cities. The study shows that, within a metro, the most dense places have declined, while the most dense metros overall have not.

The effects of remote work are just beginning to unfold, the report states, since their data suggests that there are strong reasons to suspect longer-term moves will increase. As these shifts happen in the labor market, businesses must be be open to adopting policies and onboarding professionals, regardless of location, in order to have broad access to the labor market. The report emphasizes this is especially important, given that some have already taken the leap and moved, but as the remote work labor market becomes more certain these effects will likely grow.