The Un-Comfort Zone: The First Million 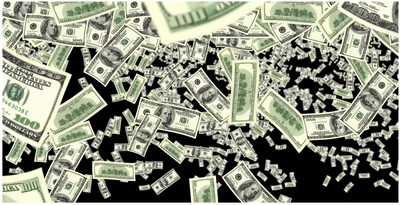 Until I was 30-years-old, I wasn’t much of a fisherman. I’d take a rod and reel along on a camping trip, but I never expected to catch much of anything. In my mind, fishing was a relaxing past time you enjoyed with friends and beer. Then my buddy Brian asked me to go fishing. I took him to a lake I knew that was hidden in the woods; and he taught me how to fish for bass. He showed me how to cast my lure along the edge of the lake; how to give the line a couple of tugs to “jig” the lure and attract the fish; then to reel it back in quickly. I accepted his instructions affably, but with little faith, then popped open a bottle of beer and started to get into the rhythm of relaxation. Cast, tug, reel. Swig. Cast, tug, reel. Swig. Cast, tug, reel... Whoa! Something hit my line. Hard. Really hard! I’d never felt anything like that before. My line started spinning out of the reel with a high-pitched whining sound. I cranked it back in as fast I as could, but the drag was set too low and the fish was pulling it back out faster than I could turn the handle. Suddenly, a hundred feet in front on me, a bright green monster burst out of the lake. It was a large-mouth bass that came full length out of the water. Shimmering in the sunlight, he shook his head back and forth in an attempt to break free from my hook, then splashed back beneath the surface. I couldn’t believe it—it was just like I’d seen on television—and it was happening to me. Afraid that I’d lose the fish, I yelled at the top of my lungs, “Brian, Help!” He was nearly halfway around the lake, but he dropped his own rod and charged toward me; yelling instructions all the way. I tightened the drag and reeled the fish in a little, then let him pull the line back out to tire him. It felt like an hour, but was probably less than ten minutes, before I finally got him in. He was 18 inches long and weighed eight pounds. The bass wasn’t the only one to get hooked that day; I was too—I couldn’t wait to go fishing again! For the first time in my life, I had experienced fishing success. Success in anything is very motivating. It builds confidence and encourages you to keep pursuing that particular endeavor. In sales, getting to that first closed deal is critical for getting people to stay in that profession. When I started out in my first sales job, I recall becoming deeply discouraged by hearing “No,” over and over again. I mistakenly took the rejection personally, and wanted to give up too soon. I recall the old timers advising me, “It’s just a numbers game - you have to get a certain number of rejections before you’ll get a sale." Over time, I realized that was not really accurate. It is only a numbers game in that every single sales attempt is a baby step up the learning curve. You learn how to read body language; and how to listen carefully to what your prospect is telling you about his or her needs. Then from these things you gain clues in how to share your expertise so that your customer has enough confidence to buy from you. Eventually, you go from baby steps to giant steps. Wealthy, successful people have always said, “The first million is the hardest to make.” Robert Evans Wilson Jr. is a motivational speaker and humorist. He works with companies that want to be more competitive and with people who want to think like innovators. For more information on Robert's programs please visit www.jumpstartyourmeeting.com.
Link copied
Coming Up See All
Jun
22
Chicago Mortgage Originators Expo
Countryside, IL
Jul
06
Ultimate Mortgage Expo
New Orleans, LA
Jul
13
Carolinas Connect Mortgage Expo
Charlotte, NC
Get the Daily
Advertisement
Advertisement
C-Suite Strategies
Eye, Eye Sir