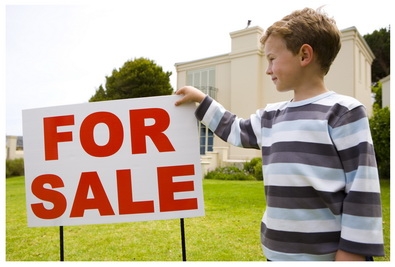 Freddie Mac has released the results of its 27th Annual Adjustable-Rate Mortgage (ARM) Survey of prime loan offerings, which was conducted Jan. 3-Jan. 5 of this year, and for the third consecutive year, lenders quoted an initial rate that was above the fully-indexed rate on most ARM products, although the premiums are less than those reported in the 26th Annual ARM Survey. This means that even if short-term Treasury rates remain where they are, the first-rate adjustment would actually lower a homeowner’s mortgage payment. In early January 2011, the interest rate savings between the initial start rate for traditional one-year ARMs and 30-year fixed rate loans amounted to about 1.5 percentage points, compared to 0.8 percentage points in January 2010. “Homebuyers have shied away from ARMs because they are wary of the risks. The potential for much larger payments if future interest rates are significantly higher and the high delinquency rates borrowers have experienced on ARMs over the past couple of years have led consumers to prefer fixed-rate loans instead of ARMs," said Frank Nothaft, vice president and chief economist for Freddie Mac. "In addition, fixed-rate loans currently carry extraordinarily low rates, and initial ARM rates are only slightly lower, making fixed-rate product more attractive." The 5/1 hybrid ARM continues to be the most popular loan product offered by lenders. Nearly all of the ARM lenders participating in the survey offered such a loan. The second most popular loan among lenders was the 3/1 hybrid ARM; more than seven in 10 lenders offered this product. Only nine percent of lenders offered a 3/3 ARM loan, which adjusts once every three years. The rate savings for hybrid ARMs relative to a 30-year fixed-rate loan declines with longer initial fixed periods before the first adjustment, averaging just one percentage point for 5/1 hybrid ARMs in the current survey. Longer-term hybrid products, such as the 7/1 and 10/1 ARMs, were also available from lenders, consisting of 64 percent and 23 percent of the survey participants, respectively. Because of the long initial fixed-rate period (seven or ten years), the initial interest rates were priced close to the rate on a 30-year fixed-rate loan for these products. “ARMs today are financing just seven percent of new home-purchase loans," said Nothaft. "In June 2004, ARMs hit a peak share of 40 percent of the home-purchase market but by early 2009 that share had fallen to just three percent, according to the Federal Housing Finance Agency. We are expecting ARMs to gradually gain back some favor with mortgage borrowers, rising to an average 9 percent share of the home-purchase market in 2011." Among 112 ARM lenders, 71 percent offered loans tied to constant-maturity Treasury yields; the remaining offered products with future rates indexed to the London Interbank Offered Rate (LIBOR). With the onset of the financial crisis, the one-year LIBOR interest rate less the one-year constant maturity Treasury yield peaked at just over three percentage points in October 2008, and LIBOR-indexed ARMs that adjusted at that time may have adjusted up or did not adjust materially down, compared with Treasury-indexed ARMs. The uncertainty over LIBOR movements may have led some current borrowers to avoid LIBOR ARMs. Currently, the interest rate difference stands at around 0.5 percentage point between the two indexes. For more information, visit www.freddiemac.com.
Link copied
Published
Jan 18, 2011
Coming Up See All
Dec
08
Local Search 101 for Mortgage Brokerages
Webinar
2:00 PM ET
Dec
13
California Mortgage Holiday Party
Irvine, CA
Jan
12
New England Mortgage Expo
Uncasville, CT
Get the Daily
Advertisement
Advertisement
Reverse
Reverse Mortgage Funding Files Chapter 11 Bankruptcy