More Than Three Million Decide Remodeling Over New Purchases in 2011 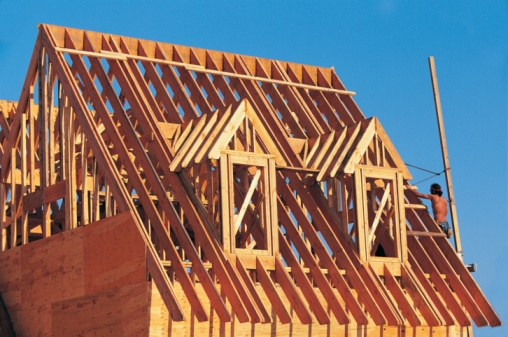 BuildFax has unveiled its BuildFax Remodeling Index (BFRI) for August 2011 which showed that remodeling activity reached a record high during the month. BuildFax found that, based on its national footprint of permit data, an estimate of over 3.3 million residential remodeling projects will be permitted in 2011. This figure is up from the estimated 3.1 million residential remodeling projects that were permitted in 2010, an almost 9.5 percent increase. The latest BFRI showed that August 2011 became the month with the highest level of remodeling activity since the Index was introduced in 2004 and represented the 22nd consecutive month of increases. In addition, BuildFax estimates that over 3.1 million residential remodeling projects were permitted in 2010 (estimate: 3,114,726) and that just under two million residential remodeling jobs have already been permitted in 2011 through July (estimate: 1,989,839), putting this year on track for an estimated 3.3 million permitted remodeling projects. "As mortgage rates hit record lows, it is apparent that millions of Americans are refinancing their homes and using some of their new monthly savings to reinvest in their homes with remodeling projects," said Joe Emison, VP of research and development at BuildFax. "With remodeling activity growing at an estimated 9.5 percent in 2011 compared to 2010, this is one segment of the economy that is showing continued strength, even as other sectors struggle." The Residential BuildFax Remodeling Index rose 29 percent year-over-year—and for the 22nd consecutive month—in August to 138.6 (meaning that 38.6 percent more remodeling jobs were permitted nationally in August 2011 than in April 2004, the first month the index tracked numbers). Residential remodels in August were significantly up month-over-month over eight points (6.3 percent) from the July value of 130.4, and up year-over-year 31.2 points (29 percent) from the August 2010 value of 107.4. The BFRI is the only source directly reporting residential remodeling activity across the nation with monthly information derived through related building permit activity filed with local building departments across the country. This monthly report provides month-over-month and year-over-year comparisons on trends in remodeling activity for the entire United States, as well as for the four major regions of the country: Northeast, south, midwest and west. In August, the west (11.9 points; 9.3 percent), midwest (11.4 points; 10.8 percent), and south (one point; one percent) all had month-over-month gains, while the northeast (-0.6 points; -0.8 percent) saw a decline. The northeast also saw a decline from August 2010 (-three points; -3.9 percent), while the south was up (7.6 points; 8.2 percent), as was the west (35.3 points; 33.6 percent) and midwest (11.7 points; 11 percent).
Link copied
Published
Oct 18, 2011
Coming Up See All
Dec
07
OriginatorTech
Virtual
•
11:00 AM ET
Dec
09
California Mortgage Expo – Irvine
Irvine, CA
Jan
13
Non-QM Summit
Uncasville, CT
Get the Daily
Advertisement
Advertisement
Industry News
Manufactured Housing: The New Affordable Alternative