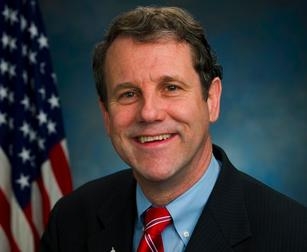 Following a report in the Cleveland Plain Dealer revealing that out-of-state property firms have left the City of Cleveland on the hook for the high cost of razing abandoned and condemned houses, U.S. Sen. Sherrod Brown (D-OH) raised the issue in a meeting with Federal Housing Administration (FHA) commissioner nominee Carol Galante. “The City of Cleveland has been hit hard by the foreclosure crisis, and as this week’s report in the Plain Dealer shows, some out-of-state companies are perfectly willing to exploit our city’s crisis just to make a buck,” Sen. Brown said. “These companies buy abandoned homes with the goal of reselling them for a quick profit, but when they don’t sell, are nowhere to be found when the bill comes for repairs, maintenance, or demolition." According to the Plain Dealer, the City of Cleveland has spent more than $25.9 million—while recovering just $1.8 million—to raze abandoned or condemned homes owned by out-of-state investment companies. These companies purchase dozens of homes with the hopes of reselling them for profit but do not conduct or pay for necessary repairs, maintenance, or demolition. Efforts to track down these companies, to recoup costs, are often fruitless. “I raised this issue with Carol Galante because I need to know that this is the kind of issue that she’ll work to address should she be confirmed as the FHA commissioner,” Sen. Brown said. “Cleveland is not the only city to be targeted by these shadowy companies, and I’m hopeful that HUD will recognize the magnitude of this problem and work to prevent our cities from being forced to raze homes that are owned by private firms.” Brown fought for the creation of the Neighborhood Stabilization Program (NSP), aimed at revitalizing neighborhoods that have been hit hard by the foreclosure crisis, in the Housing and Economic Recovery Act of 2008 (HERA) and the continuation of the program in the American Recovery and Reinvestment Act (ARRA). It is estimated that each dollar in NSP funding has more than twice the economic impact due to a multiplier effect generated through new jobs and rehabilitated housing. In September 2008, Brown announced that Ohio communities would receive more than $258 million in NSP funds authorized by the housing bill. In Sep. 2009, Brown wrote to U.S. Department of Housing & Urban Development (HUD) Secretary Shaun Donovan in support of Ohio applicants to the second wave of funding through the NSP program. Brown also introduced the Community Regeneration, Sustainability and Innovation Act of 2009 with Sen. Charles Schumer (D-NY), and Reps. Tim Ryan (D-OH) and Brian Higgins (D-NY). This legislation would create a new, competitive grant program within the HUD targeted toward cities and metropolitan areas experiencing large-scale property vacancy and abandonment due to long-term employment and population losses.
Link copied
Published
Nov 10, 2011
Coming Up See All
Dec
07
OriginatorTech
Virtual
•
11:00 AM ET
Dec
09
California Mortgage Expo – Irvine
Irvine, CA
Jan
13
Non-QM Summit
Uncasville, CT
Get the Daily
Advertisement
Advertisement
Industry News
Manufactured Housing: The New Affordable Alternative