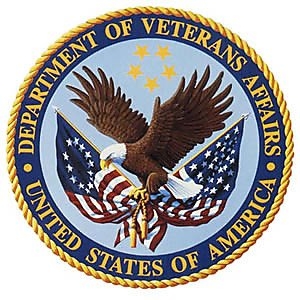 Accoring to the U.S. Department of Veterans Affairs (VA), mortgages guaranteed by the VA continue to have the lowest serious delinquency and foreclosure rates in the industry. Veterans have also taken advantage of their home loan benefit in record numbers, as VA loan originations reached their highest total in eight years. Since 1944, when home loan guaranties were first offered under the original G.I. Bill, the VA has guaranteed more than 19.4 million home loans worth over $1.1 trillion. “The continued strong performance and high volume of VA loans are a testament to the importance of VA’s home loan program and a tribute to the skilled VA professionals who help homeowners in financial trouble keep their homes,” said Secretary of Veterans Affairs Eric K. Shinseki. In 2011, the VA helped 72,391 veterans and servicemembers who were in default on their mortgage loan retain their homes or avoid foreclosure, an increase from 66,030 from the prior year. At the same time, foreclosures on VA guaranteed loans dropped by 28 percent. According to the Mortgage Bankers Association National Delinquency Survey, VA’s foreclosure rate for the last 14 quarters and serious delinquency rate for the last 11 quarters have been the lowest of all measured loan types, even prime loans. In fiscal year 2011, VA guaranteed 357,594 loans, an increase of nearly 14 percent over last year. There are currently over 1.5 million active VA home loans. The program makes home ownership more affordable for veterans, active duty servicemembers, and eligible surviving spouses by permitting no-downpayment loans and by protecting lenders from loss if the borrower fails to repay the loan.  “We are committed to making even more veterans and servicemembers aware of this important benefit and delivering the assistance they deserve when financial difficulties arise,” said VA’s Under Secretary for Benefits Allison A. Hickey.
Link copied
Published
Feb 03, 2012
Coming Up See All
Dec
01
How to Qualify Foreign National Borrowers with Acra Lending’s Investor Cash-Flow Program
Webinar
1:00 PM ET
Dec
02
Certified Military Home Specialist Course - Basic Training
Webinar
11:00 AM PT / 2:00 PM ET
Dec
07
OriginatorTech
Virtual
•
11:00 AM ET
Get the Daily
Advertisement
Advertisement
Analysis and Data
IMB Production And Profits Improve In The Third Quarter