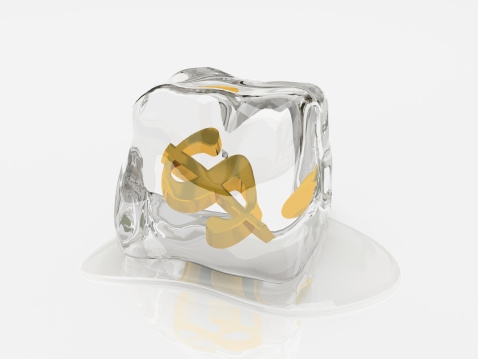 At the request of the Federal Trade Commission (FTC), a U.S. district court has halted an operation that took in more than $1 million by allegedly selling homeowners bogus mortgage relief and foreclosure rescue products, including a scam that falsely promised to get help for homeowners who joined others to file so-called “mass joinder” lawsuits against their lenders. This is the FTC’s first case against alleged scammers who pitch these kinds of lawsuits. The order also freezes the operation's assets and appoints a permanent receiver to run it while the FTC moves forward with the case. Among other things, the agency will seek money for possible refunds for consumers. As part of its continuing crackdown on mortgage relief scams, the FTC filed a complaint against Santa Ana, Calif.-based Sameer Lakhany and five companies he controlled. Lakhany also did business using three Web sites, HouseHoldRelief.org, FreeFedLoanMod.org, and MyHomeSupport.org. The complaint charges that the defendants victimized hundreds of consumers with two related scams. In one scam, the FTC claims the defendants masqueraded as a specialty law firm, Precision Law Center, and sent out direct mail resembling a class action settlement notice, holding out the false promise to consumers that if they sued their lenders along with other homeowners in so-called “mass joinder” lawsuits, they could obtain favorable mortgage concessions from their lenders or stop the foreclosure process. In fact, the defendants allegedly operated a sham law firm and only engaged attorneys briefly to file the lawsuits, after which either the defendants neglected the suits, or the suits were dismissed. According to the FTC, they charged $6,000 to $10,000 in advance, but failed to get the results they promised. The FTC alleges that to convince consumers that they should hire Precision Law Center, telemarketers followed up by mailing material to them promising that the mass joinder suit would result in: ►“Forgiveness of all delinquent payments, fees and penalties,” ►“Halt and reverse (sic) foreclosure proceedings,” ►“Credit restoration,” ►“Possible compensatory damages in the amount of $22,500.00,” and ►“Possible punitive damages in the amount of $52,500.” The material also allegedly claimed that 80 to 85 percent of these suits are successful, and that consumers might also:  Receive their homes free and clear; have their principal balance reduced to 70 percent of the current value and their interest rate reduced by half; be refunded any accrued interest, penalties, and charges; improve their standing with credit reporting agencies; and receive monetary damages. In the other scam, the defendants allegedly promised, but failed to deliver, relief from affordable mortgages and foreclosures, typically charging consumers between $795 to $1,595 each for a so-called “forensic loan audit." According to the FTC, the defendants told consumers these audits would find lender violations 90 percent of the time or more, and that the resulting legal leverage would force their lender to give them a loan modification that would substantially improve their mortgage terms. The defendants falsely portrayed themselves as non-profit, free, accredited, or HUD-certified housing counselors with special qualifications to help obtain mortgage loan modifications and avoid foreclosure. They promised consumers that the forensic loan audit would be the only charge not covered by their “free” service, and that if the “audit” did not turn up any violations, consumers could get a 70 percent refund and still obtain a loan modification. They also told consumers their loan modification requests would be seriously delayed without the audit, according to the complaint. In its complaint, the FTC charged the defendants with violating the Federal Trade Commission Act and the Mortgage Assistance Relief Services Rule, now known as Regulation O. The Commission vote authorizing the staff to file the complaint was 4-0. The FTC filed the complaint and the request for a temporary restraining order (TRO) in the U.S. District Court for the Central District of California on March 5, 2012. On March 7, 2012, the court granted the FTC's request for a TRO  with an asset freeze as to the corporate defendants and the appointment of a temporary receiver. On March 19, 2012, the Court entered a stipulated Preliminary Injunction Order with asset freeze against Defendant Lakhany and three of the corporate defendants. On March 21, 2012, the Court entered a similar order against the rest of the defendants. Besides Lakhany, the complaint names as defendants Credit Shop, Fidelity Legal, Titanium Realty, Precision Law Center, Inc., and Precision Law Center LLC.
Link copied
Published
Mar 22, 2012
Coming Up See All
Dec
01
How to Qualify Foreign National Borrowers with Acra Lending's Investor Cash-Flow Program
Webinar
1:00 PM ET
Dec
02
Certified Military Home Specialist Course - Basic Training
Webinar
11:00 AM PT / 2:00 PM ET
Dec
07
OriginatorTech
Virtual
•
11:00 AM ET
Get the Daily
Advertisement
Advertisement
Analysis and Data
Forbearance Exits Mount, But Foreclosure Activity Remains Muted