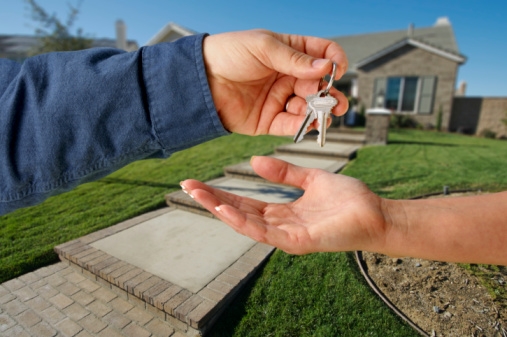 Sales of newly built, single-family homes declined 7.1 percent to a seasonally adjusted annual rate of 328,000 units in March from an upwardly revised pace of 353,000 units in February, according to newly released figures from the U.S. Department of Housing & Urban Development (HUD) and the U.S. Department of Commerce. The inventory of new homes for sale continued to shrink in March to a new record low of just 144,000 units, which is a 5.3-month supply at the current sales pace. "Some new-home sales that would have happened this March were likely pulled forward as a result of exceedingly good weather conditions across much of the country in February, when we recorded the quickest sales pace since the end of the homebuyer tax credit," said Barry Rutenberg, chairman of the National Association of Home Builders (NAHB) and a home builder from Gainesville, Fla. "The bottom line is that builders in many markets are reporting more interest among prospective buyers, with the main sticking points for sales right now being access to credit for builders and buyers, and problems with obtaining accurate appraisals." Regionally, new-home sales activity was mixed in March, with the Northeast and South posting gains of 7.7 percent and 3.1 percent, respectively, while the Midwest and West registered respective 20 percent and 27 percent declines. "The March decline is from a stronger-than-expected sales pace in February, and looking at the first quarter as a whole, sales are up 3.7 percent from the fourth quarter of 2011," said NAHB Chief Economist David Crowe. "This is exactly the kind of modest, but substantive, growth that we are expecting to see in the year ahead along with gradual firming of the economy and job market.
Link copied
Published
Apr 24, 2012
Coming Up See All
Dec
01
How to Qualify Foreign National Borrowers with Acra Lending’s Investor Cash-Flow Program
Webinar
1:00 PM ET
Dec
02
Certified Military Home Specialist Course - Basic Training
Webinar
11:00 AM PT / 2:00 PM ET
Dec
07
OriginatorTech
Virtual
•
11:00 AM ET
Get the Daily
Advertisement
Advertisement
Analysis and Data
IMB Production And Profits Improve In The Third Quarter