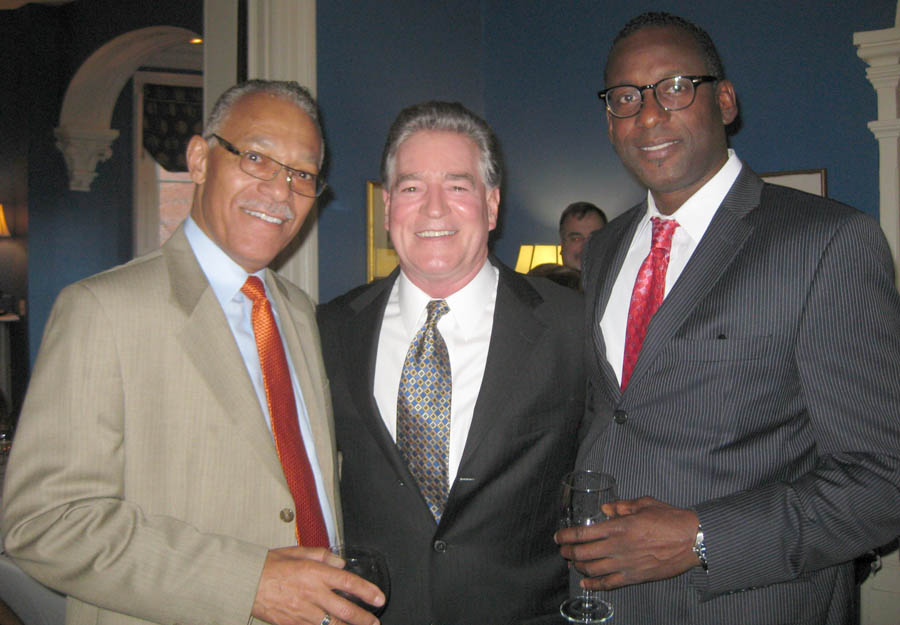 The Maryland Association of Mortgage Professionals (MAMP) recognized several professionals as part of its annual Installation and Awards Dinner, held March 14 at 4 East Madison Inn in Baltimore. In recognition of her excellent leadership and volunteer contributions to the association, Deborah Dennis, business development and marketing manager of Corridor Mortgage Group, received the 2012 Professional of the Year Award. Dennis has worked tirelessly on social media efforts by spreading the word of MAMP through social networking.
The 2012 President’s Award was given to Christine Wagner, account executive with SunTrust Mortgage. Wagner was awarded for her longtime service and dedication to mortgage professionals in Maryland, her continued service as the association Treasurer, and her help with planning many MAMP events.
Receiving the Board Award was Ken Venick, CMC, vice president of Equity Mortgage Lending. He was awarded for his longtime service and dedication to the MAMP board.