Number of U.S. Housing Markets Showing Improvement Hits 100 in May 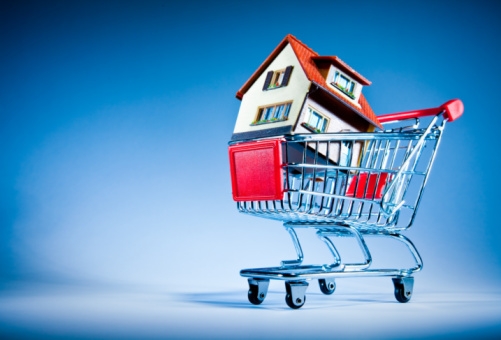 The list of housing markets showing measurable and sustained improvement held virtually unchanged in May at 100, down from 101 in April, according to the latest National Association of Home Builders/First American Improving Markets Index (IMI). The number of states represented on the list also held firm from the previous month, at 35 (including the District of Columbia). The HMI identifies metropolitan areas that have shown improvement from their respective troughs in housing permits, employment and house prices for at least six consecutive months. While 83 metros held onto their previous places on the IMI and 17 new ones were added to the list in May, 18 metros dropped from the list, for a net loss of one. Metros newly added to the list in May include such geographically diverse places as Phoenix, Ariz.; Bowling Green, Ky.; Bend, Ore.; and Lubbock, Texas. "The fact that there are 100 markets in 34 states and the District of Columbia represented on the improving list illustrates that all housing markets are local, and that the national headlines often don't apply to what's happening in a specific metropolitan area," said NAHB Chairman Barry Rutenberg, a home builder from Gainesville, Fla. "In places where employment is firming up along with demand for new homes, the main factors weighing down the housing market continue to be access to credit (for both builders and buyers) and the difficulty of obtaining accurate appraisals on new construction." "The overall number of markets on the IMI continued to plateau this month, with more than a quarter of all U.S. metros still showing signs of improvement," said NAHB Chief Economist David Crowe. "Many of these are relatively small markets in terms of their population and building volume, which is why their improvement is barely registering on the national scale as of yet. Moreover, we are seeing some shifting of markets on and off the list primarily due to small seasonal house price changes in areas that have had flat, stable prices rather than a boom-and-bust cycle." The IMI is designed to track housing markets throughout the country that are showing signs of improving economic health. The index measures three sets of independent monthly data to get a mark on the top improving Metropolitan Statistical Areas. The three indicators that are analyzed are employment growth from the Bureau of Labor Statistics, house price appreciation from Freddie Mac, and single-family housing permit growth from the U.S. Census Bureau. NAHB uses the latest available data from these sources to generate a list of improving markets. A metropolitan area must see improvement in all three areas for at least six months following their respective troughs before being included on the improving markets list. "The fact that the number of improving metros continued to hold its own with 100 entries in May shows that there are many places across the country where confidence and consumers are returning to the housing market," said Kurt Pfotenhauer, vice chairman of First American Title Insurance Company.
Link copied
Published
May 07, 2012
Coming Up See All
Dec
07
OriginatorTech
Virtual
•
11:00 AM ET
Dec
09
California Mortgage Expo – Irvine
Irvine, CA
Jan
13
Non-QM Summit
Uncasville, CT
Get the Daily
Advertisement
Advertisement
Industry News
Manufactured Housing: The New Affordable Alternative