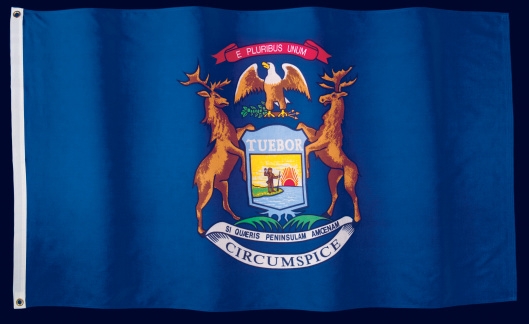 Michigan Attorney General Bill Schuette has announced that claim forms are being mailed to approximately 148,000 Michigan borrowers who lost their home to foreclosure between Jan. 1, 2008-Dec. 31, 2011. Qualified Michigan borrowers may be eligible for a cash payment under the $25 billion national mortgage settlement. "Many Michigan residents who were damaged by the foreclosure crisis will now be eligible for assistance," said Attorney General Schuette. "These funds will help victims of mortgage servicers' abuses rebuild their lives, but it does not affect victims' rights to pursue their own lawsuits, if they so choose. My office's criminal investigation of mortgage processors connected to robo-signing allegations also remains ongoing at this time." Eligible Michigan borrowers had mortgages serviced by Ally/GMAC, Bank of America, Citi, JPMorgan Chase and Wells Fargo, the nation's five largest mortgage servicers that agreed to the settlement with the federal government and attorneys general for 49 states and the District of Columbia. The national mortgage settlement administrator mailed notification postcards to eligible borrowers the week of Sept. 17. In addition, Michigan borrowers will receive packets containing the following documents: letter from Attorney General Schuette, claim form, instructions to complete the form, and answers to frequently asked questions. The national settlement followed state and federal investigations, which alleged that the five mortgage servicers routinely signed foreclosure-related documents outside the presence of a notary public and without personal knowledge that the facts contained in the documents were correct. This civil law enforcement action also alleged that the servicers committed widespread errors and abuses in their foreclosure processes. Broad reform of the mortgage servicing process resulted from the settlement, as well as financial relief for borrowers still in their homes through direct loan modification relief, including principal reduction. In addition to the $1.5 billion settlement, the State of Michigan also received a direct payment of $97 million from the servicers. AG Schuette worked with the legislature and Gov. Rick Snyder to establish the Michigan Homeowner Protection Fund to ensure these funds are directed toward victims of foreclosure. "The Homeowner Protection Fund will provide much-needed counseling services, restitution for victims of foreclosure rescue scams, and assistance for families and our veterans," said AG Schuette. The fund will direct the monies to the following nine initiatives: ►Foreclosure Rescue Scam Victim Restitution ($7.5 million): Many Michigan residents have fallen prey to foreclosure rescue scam artists who offered to help citizens save their homes. This fund will provide restitution payments for victims of foreclosure scams. Eligibility criteria to determine qualifying cases will be established at a later date. ►Assistance for Veterans ($5 million): The men and women who served our country also have been affected by poor mortgage servicing and foreclosure practices. These funds will provide targeted relief for military servicemembers. ►Michigan Attorney General Home Protection Unit ($6 million): These funds will allow Schuette's office to ramp up investigation and prosecution of foreclosure-related crimes. This unit has brought charges in 28 cases since 2009 and there are approximately 66 cases currently under investigation. These funds will allow for additional investigators and prosecutors to combat foreclosure related crimes. ►Blight Elimination ($25 million): These funds will be dedicated to blight elimination efforts throughout Michigan. Ten million dollars will be allocated for blight elimination in the city of Detroit and $15 million will be allocated for use throughout the rest of the state. Given that blighted property contributes to an environment conducive to crime, targeting blight elimination in these areas will further efforts to reduce crime. ►Foreclosure Counseling for Homeowners ($20 million): The Michigan State Housing and Development Authority (MSHDA) and Michigan State University Extension Offices will use these funds to expand their much-needed, free homeowner counseling services, including legal aid, for citizens seeking to avoid foreclosure. ►Housing and Community Development Programs ($3.7 million): These funds will be allocated to the Michigan Housing and Community Development Fund which develops and coordinates public and private resources to meet the affordable housing needs of low income households and revitalizing downtown areas and neighborhoods in Michigan. ►Grants to Help Homeowners Refinance ($5 million): These funds will allow The Michigan State Housing Development Authority (MSHDA) to provide Grants to help pay the closing costs of citizens who utilize the Home Affordable Refinance Program (HARP). Eligible citizens will receive assistance paying closing costs associated with refinancing their home. ►Assistance to Homebuyers ($15 million): These funds will assist both servicemembers and non-service members by providing grants to offset the purchase price of a home. Servicemembers may be eligible for grants up to $5,000 and non-service members up to $3,000. Eligibility criteria to determine qualifying cases will be established at a later date. ►Education Achievement Authority ($10 million): These funds will be used by the Education Achievement Authority (EAA) to help improve performance of Michigan's lowest performing schools.
Link copied
Published
Sep 25, 2012
Coming Up See All
Dec
09
California Mortgage Expo – Irvine
Irvine, CA
Jan
13
Non-QM Summit
Uncasville, CT
Jan
14
New England Mortgage Expo
Uncasville, CT
Get the Daily
Advertisement
Advertisement
Industry News
loanDepot And mellohome's 'Grand Slam' Experience Builds Momentum