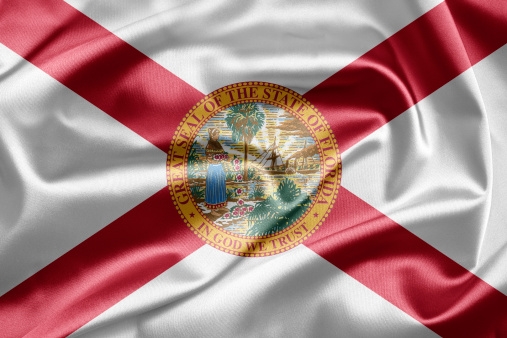 Interthinx, a provider of comprehensive risk mitigation solutions for the financial services industry, has released its quarterly Mortgage Fraud Risk Report covering data collected in the third quarter of 2012. According to the most recent analysis, overall risk nationwide has decreased by nearly eight percent to the lowest value observed in the past two years. However, significantly increased levels of fraud risk in Florida pushed it past Nevada and into the top spot for overall fraud risk. Florida also appears on three of the four type-specific top 10 riskiest lists this quarter. Of particular concern is the finding that in Florida, investment purchases have more than three times the level of employment/income fraud risk than purchases for primary residences. Other notable findings in the most recent report include: ►Florida and Nevada are the two riskiest states with Interthinx Mortgage Fraud Risk Index values of 206 and 205, respectively. Currently, Florida has 17 metropolitan statistical areas (MSAs) classified as “very high risk.” ►Arizona is the third riskiest state for mortgage fraud, with a risk index value of 191. ►California, which is the fifth riskiest state in the country, has six of the top 10 riskiest metros, including Merced—the riskiest metro in the nation. California also has one of the 10 riskiest MSAs for identity fraud, three of the 10 riskiest MSAs for occupancy fraud, five of the 10 riskiest MSAs for property valuation fraud, and eight of the 10 riskiest MSAs for employment/income fraud. ►Iowa City, Iowa, leads the nation in identity fraud risk with an identity fraud risk index of 325, a 118.4 percent increase from the second quarter of 2012. ►Miami-Fort Lauderdale-Pompano Beach, Fla., appears on all of the type-specific top 10 riskiest lists except employment/income. “The report shows that even when overall fraud risk is decreasing nationwide, there are still areas of concern, as we see with this quarter’s findings in Florida,” said Mike Zwerner, senior vice president of Interthinx. “The report’s actionable intelligence helps lenders pinpoint where additional due diligence may be needed, improves loan quality, reduces repurchase risk, and ultimately helps the economy recover.” The Mortgage Fraud Risk Report is an Interthinx information product created by an internal team of fraud experts. This is the fourteenth time Interthinx has released its quarterly report. The report provides deeper insight into current fraud trends through the analysis of more than 12 million loan applications amassed from the industry’s use of the Interthinx FraudGUARD loan-level fraud detection tool.
Link copied
Published
Nov 26, 2012
Coming Up See All
Jan
26
Mortgage Leadership Outlook: Karl Jacob
Facebook Live
•
1:00 PM PT
Jan
27
Making Money in Non-QM
Webinar
1:00 PM ET
Feb
08
Texas Mortgage Roundup — Austin
Austin, TX
Get the Daily
Advertisement
Advertisement
Analysis and Data
Housing Bubble? Buyers Say Yes, Economist Says No