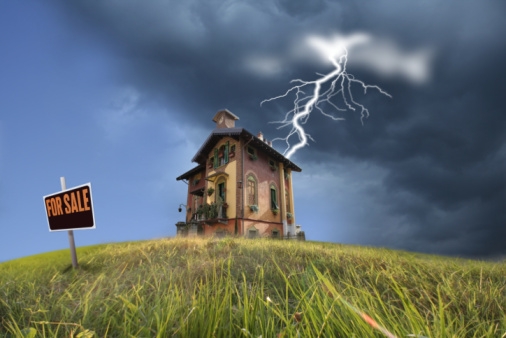 Sales of new single-family homes increased 4.4 percent in November to a seasonally adjusted annual rate of 377,000 units, according to figures released by the U.S. Department of Housing & Urban Development (HUD) and the the U.S. Census Bureau. It was the highest monthly total since April 2010 when the federal home buyer tax credit expired. "Continued uncertainty about the fiscal cliff has the potential to affect new home sales and other aspects of the housing market," said NAHB Chief Economist David Crowe. "Some people will definitely hold off on making major financial decisions until the situation is resolved." "New-home sales are gradually picking up momentum as the economy improves," said Barry Rutenberg, chairman of the National Association of Home Builders (NAHB) and a home builder from Gainesville, Fla. "Prospective home buyers who have been sitting on the fence for years are moving back into the market due to continuing low mortgage interest rates, attractive pricing and the improving economy,." "This increase is consistent with NAHB's member surveys, which show increasing confidence in the market," said Crowe. "We're projecting a total of about 365,000 new-home sales in 2012, an increase of almost 20 percent over the previous year. The year ahead will see a similar gain as more people who have been sitting on the sidelines decide that it is time to purchase a new home."   Regionally, new-home sales numbers were mixed in November. Rebounding from declines the previous month, both the South and the Northeast showed improvement, with respective increases of 21.1 percent and 12.5 percent. New-home sales in the Midwest dropped by 12.5 percent, and the West posted a decline of 17.8 percent. The inventory of new homes for sale increased slightly to 149,000 units in November, which is a 4.7-month supply at the current sales pace.
Link copied
Coming Up See All
Jun
22
Chicago Mortgage Originators Expo
Countryside, IL
Jul
06
Ultimate Mortgage Expo
New Orleans, LA
Jul
13
Carolinas Connect Mortgage Expo
Charlotte, NC
Get the Daily
Advertisement
Advertisement
Community
CMG Financial Names New Area Sales Manager