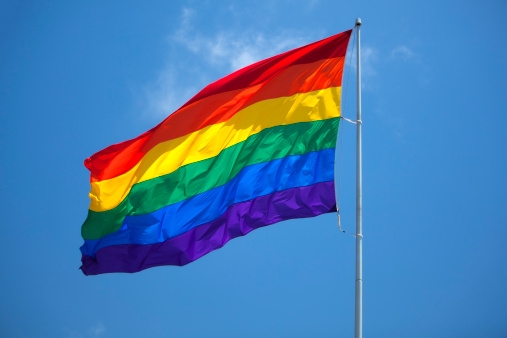 The U.S. Department of Housing & Urban Development (HUD) announced an agreement with Bank of America (BOA) to settle a claim that the mortgage lender refused to provide financing to a lesbian couple. The agreement is the first enforcement action taken against a lender involving HUD’s recent rule ensuring that the Department’s core housing programs be open to all eligible persons, regardless of sexual orientation, gender identity, or marital status. HUD’s rule, Equal Access to Housing in HUD Programs Regardless of Sexual Orientation or Gender Identity prohibits lenders from basing eligibility determinations for mortgage loans insured by the Federal Housing Administration (FHA) on actual or perceived sexual orientation, gender identity or marital status. HUD’s Equal Access rule applies to all housing programs administered by the Department. “This agreement demonstrates that HUD will vigorously enforce its Equal Access rule and pursue lenders that discriminate on the basis of sexual orientation, gender identity or marital status,” said Helen Kanovsky, HUD’s General Counsel. “By the same token, BOA should be commended for stepping up and taking immediate corrective action after HUD notified BOA of the violation.” HUD claimed that BOA denied a loan to a Florida couple seeking to obtain an FHA-insured mortgage because of their sexual orientation and marital status. Because one partner was not employed, the applicant enlisted her partner’s mother as a co-applicant on the loan. The couple worked with BOA for several weeks to provide all of the necessary loan application documents and the couple was assured by BOA that they were likely to receive a mortgage. One business day prior to closing, BOA denied the mortgage because it did not consider the loan applicant and the co-applicant directly related because the applicant and her partner were not married. As a result of BOA’s actions, the couple was not able to close on the loan. "The HUD Equal Access Rule means just what it says: one’s sexual orientation, gender identity or marital status is not a legitimate basis on which to deny a mortgage," said John Trasviña, HUD’s Assistant Secretary for Fair Housing and Equal Opportunity. "Members of the housing industry should take note of this settlement agreement. HUD will enforce its regulations to make sure its programs are truly open to all qualified families.” Under the terms of the agreement, BOA agrees will pay HUD $7,500 and to notify its residential mortgage loan originators, processors and underwriters of its Settlement Agreement with HUD. In addition, Bank of America will remind its employees that they are prohibited from discriminating against FHA-loan applicants on the basis of sexual orientation, gender identity or marital status. BOA will also update its fair lending training program to include information on HUD’s rule.
Link copied
Published
Jan 04, 2013
Coming Up See All
Jan
26
Mortgage Leadership Outlook: Karl Jacob
Facebook Live
•
1:00 PM PT
Jan
27
Making Money in Non-QM
Webinar
1:00 PM ET
Feb
08
Texas Mortgage Roundup — Austin
Austin, TX
Get the Daily
Advertisement
Advertisement
Industry News
Ginnie Mae Exits The Stone Age And Embraces Blockchain