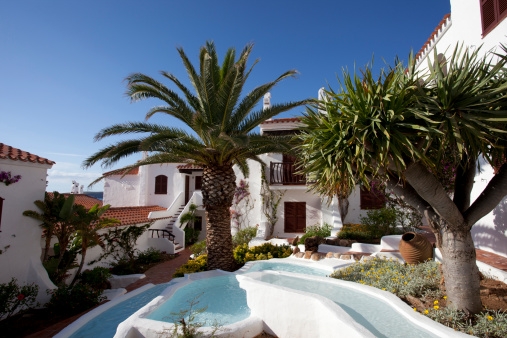 Vacation home sales improved in 2012, while investment purchases remained elevated for a second consecutive year, according to a report from the National Association of Realtors (NAR). NAR’s 2013 Investment and Vacation Home Buyers Survey, covering existing- and new-home transactions in 2012, shows vacation-home sales rose 10.1 percent to 553,000 from 502,000 in 2011. Investment-home sales declined 2.1 percent to 1.21 million from 1.23 million in 2011, but those sales had been well under a million during the market downturn. Owner-occupied purchases jumped 17.4 percent to 3.27 million last year from 2.79 million in 2011. Vacation-home sales accounted for 11 percent of all transactions last year, unchanged from 2011, while the portion of investment sales was 24 percent in 2012, down from 27 percent in 2011, marking the second highest share since 2005. NAR Chief Economist Lawrence Yun said favorable conditions are driving second-home sales. “We had a strong stock market recovery, which helps more people in the prime ages for buying vacation homes. Attractively priced recreational property is also a big draw,” said Yun. “Investors have been very active in the market over the past two years, attracted mostly by discounted foreclosures that could be quickly turned into profitable rentals,” he said. “With rising prices and limited inventory, notably in the low price ranges, investors are likely to step back in coming years.” The median investment-home price was $115,000 in 2012, up 15.0 percent from $100,000 in 2011, while the median vacation-home price was $150,000, compared with $121,300 in 2011, reflecting a greater number of more expensive recreational property sales in 2012. All-cash purchases remain common in the investment- and vacation-home market: half of investment buyers paid cash in 2012, as did 46 percent of vacation-home buyers. Forty-seven percent of investment homes purchased in 2012 were distressed homes, as were 35 percent of vacation homes. Of buyers who financed their purchase with a mortgage in 2012, large down payments remain typical. The median down payment for both investment- and vacation-home buyers was 27 percent, the same as in 2011. Investment-home buyers in 2012 had a median age of 45, earned $85,700 and bought a home that was relatively close to their primary residence–a median distance of 21 miles, although 29 percent were more than 100 miles away. Thirty-five percent of investment buyers purchased more than one property. “Property flipping modestly increased in in 2012,” Yun said. “However, this isn’t flipping in the sense of what took place during the housing boom. Rather, investors generally are renovating and improving properties before placing them back on the market to resell at a profit.” Six percent of homes purchased by investment buyers last year have already been resold, and another eight percent are planned to be sold within a year. In the 2011 study, five percent of investment homes were already resold, and eight percent were planned to be sold within a year. Overall, investment buyers plan to hold the property for a median of eight years, up from five years in 2011. Seventy-eight percent of all second-home buyers said it was a good time to buy, compared with 68 percent of primary residence buyers. “This suggests that second-home buyers tend to be a step ahead of general buyers in sensing a market recovery,” Yun said. The typical vacation-home buyer was 47 years old, had a median household income of $92,100 and purchased a property that was a median distance of 435 miles from their primary residence; 34 percent of vacation homes were within 100 miles and 46 percent were more than 500 miles. Buyers plan to own their recreational property for a median of 10 years. Lifestyle factors remain the primary motivation for vacation-home buyers, while rental income is the main factor in investment purchases. Buyers listed many reasons buyers for purchasing a vacation home: 80 percent want to use the property for vacations or as a family retreat, 27 percent plan to use it as a primary residence in the future, 23 percent plan to rent to others and 23 percent wanted to diversify their investments or saw a good investment opportunity. Fifty-five percent of investment buyers said they purchased for rental income, 30 percent wanted to diversify their investments or saw a good investment opportunity, and 20 percent wanted to use the home for vacations or as a family retreat. Eleven percent of vacation buyers and 16 percent of investment buyers purchased the property for a family member, friend or relative to use, often for a son or daughter to use while attending school. Forty-five percent of vacation homes purchased last year were in the South, 25 percent in the West, 17 percent in the Northeast and 12 percent in the Midwest. Thirty-six percent of investment properties purchased last in the South, 28 percent in the West, 20 percent in the Northeast and 16 percent in the Midwest. Forty-seven percent of investment buyers said they were likely to purchase another investment property within two years, as did 37 percent of vacation-home buyers. Twenty-nine percent of vacation buyers said they were likely to purchase another vacation home within two years, as did 31 percent of investment buyers. Approximately 42.8 million people in the U.S. are ages 50-59 – a group that dominated second-home sales in the middle part of the past decade and established records. An additional 43.1 million people are 40-49 years old, which is the prime age for current buyers, while another 40.1 million are 30-39. NAR’s analysis of U.S. Census Bureau data shows there are 7.9 million vacation homes and 43.7 million investment units in the U.S., compared with 75.2 million owner-occupied homes. NAR’s 2013 Investment and Vacation Home Buyers Survey, conducted in March 2013, includes answers from 2,326 usable responses about homes purchased during 2012. The survey controlled for age and income, based on information from the larger 2012 NAR Profile of Home Buyers and Sellers, to limit any biases in the characteristics of respondents.
Link copied
Published
Apr 02, 2013
Coming Up See All
Jan
26
Mortgage Leadership Outlook: Karl Jacob
Facebook Live
•
1:00 PM PT
Jan
27
Making Money in Non-QM
Webinar
1:00 PM ET
Feb
08
Texas Mortgage Roundup — Austin
Austin, TX
Get the Daily
Advertisement
Advertisement
Analysis and Data
CREFC Board Shows Significant Shift In Outlook For 2022