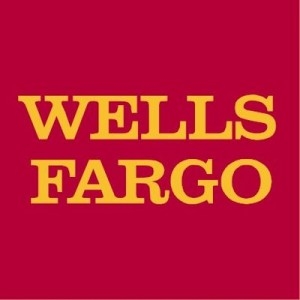 Mortgage originations were off from the fourth quarter, but several players still managed to increase business. The second-quarter forecast calls for stronger production. Although the three-biggest mortgage servicers reduced their servicing portfolios, a trio of rising stars each added more than $100 billion to their portfolios. Residential lenders originated 6.2 percent less during the first three months of 2013 than in the final three months of 2012, according to Mortgage Daily's First-Quarter 2013 Mortgage Lender Ranking. But business improved 13.8 percent from the first-quarter 2012. Estimated first-quarter originations by all U.S. lenders worked out to approximately $505 billion. Based on the Mortgage Market Index from LoanSifter and Mortgage Daily, second-quarter business is poised to increase 13 percent over the first quarter. Wells Fargo maintained its dominance as an originator, though its market share slipped. The biggest decline was at Ally Financial, where production tumbled 38 percent from the fourth-quarter 2012. Provident Funding saw a 28 percent decline, and PrimeLending fell 24 percent. The best improvement was Stonegate Mortgage's 36 percent increase. Bank of America and SunTrust Mortgage each boosted business by 11 percent. In all, 15 mortgage bankers reported increased activity compared to the fourth-quarter 2012. Wells Fargo, BofA and Chase maintained their respective numbers one, two and three positions among the country's biggest servicers of home loans -- though each reduced their servicing portfolios from year-end 2012. But portfolios expanded by more than $100 billion each at number four Ocwen, number six Nationstar and number eight Walter Mortgage. All three firms are poised to capitalize on refinancing a share of their massive portfolios.
Link copied
Published
May 15, 2013
Coming Up See All
Aug
19
Originator Connect
Las Vegas, NV
Aug
19
Non-QM Summit
Las Vegas, NV
Aug
24
DealDesk Focus on Deephaven DSCR Loans
Webinar
2:00 PM ET
Get the Daily
Advertisement
Advertisement
Industry News
Cypress Mortgage Capital Shuttered