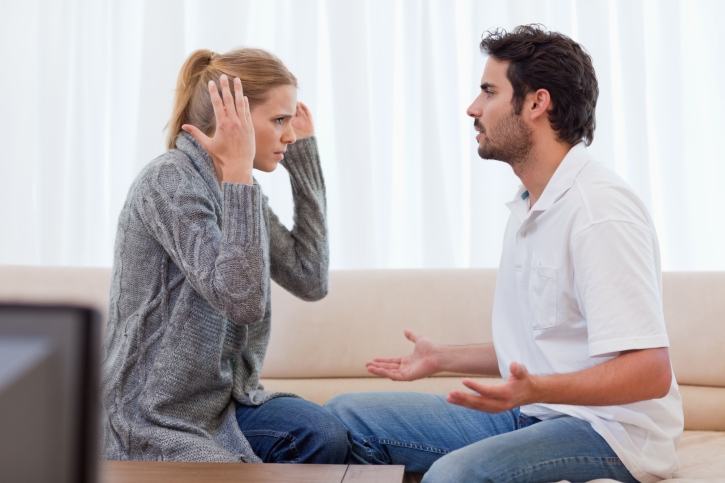 A recent poll hosted on the National Foundation for Credit Counseling (NFCC) Web site revealed that 68 percent of respondents held negative attitudes toward discussing money with their fiancé, with five percent indicating the discussion would cause them to call off the wedding. “It is telling that two people who intend to spend the rest of their lives together would see a conversation about money as so disconcerting,” said Gail Cunningham, spokesperson for the NFCC. “The ability to have open and honest discussions is key to a successful marriage. With many brides and grooms walking down the aisle in June, regardless of how difficult it may be, the conversation about personal finances is one that should be neither ignored nor postponed. As a matter of fact, to increase the odds of making ‘happily ever-after’ a reality, the discussion should take place before the ‘I do,’ not after.” The NFCC recommends the following Do’s and Don’ts for that much-needed financial conversation: ►Don’t spring the conversation on the other party. Instead, set a time to talk that is convenient for each. ►Do make it a casual conversation about a serious subject, respecting the fact that each person has valid opinions and concerns. ►Do be honest about the current financial situation. If the courtship phase of the relationship has painted a financially unrealistic picture, it’s time to be honest about what the long-term lifestyle will look like. ►Do probe to understand long-held financial attitudes, often present since childhood and likely ingrained by observing how parents addressed money issues. ►Do acknowledge that one may be a saver and one a spender, understanding that there are benefits to both approaches and agreeing to learn from each other’s tendencies. ►Don’t hide income or debt. This is known as financial infidelity. Instead, in the spirit of openness, bring financial documents, including a recent credit report, pay stubs, bank statements, insurance policies, existing debt obligations and investments to the table. ►Don’t point the finger of blame. That’s a real conversation stopper. ►Do make a plan in advance to deal with any skeletons that come out of the financial closet. Such surprises can potentially compromise access to future credit. Now is the time to deal with surprises. ►Do construct a budget that includes savings. When just getting started, money is often tight, making it tempting to delay beginning to save. However, when every cent counts, it is even more important to have a financial safety net in the form of savings. ►Do decide which person will be responsible for paying the monthly bills. It is likely that one spouse will be a good fit for this task, while the other finds it burdensome. ►Do allow each person to have independence by setting aside money to be spent at his or her discretion. ►Do decide upon short-term and long-term goals. It’s appropriate to have individual goals, but having family goals is important, too. ►Do talk about loaning money to family members and friends. Decide if it’s something each is comfortable with, or should be avoided. ►Do talk about caring for aging parents, and how to appropriately plan for their financial needs, if necessary. “The fact of the matter is that people bring financial baggage into a relationship, but often don’t deal with it until problems arise," said Cunningham. "Baggage can come in the form of a poor credit rating, significant debt, or no experience managing money. Regardless of the issue, the time to address money differences is up front, before the financial bottom falls out. Court records show that financial stress is one of the main causes of divorce. Taking action now could prevent a disaster later."
Link copied
Published
Jun 05, 2013
Coming Up See All
Sep
29
How to Win with Non-Delegated Correspondent - Key Insights on the Model and Fulfillment Solutions
Webinar
2:00 PM ET
Oct
06
How to Use Credit as A Strategic Tool to Attract More Leads, Make Better Offers and Close More Loans
Webinar
2:00 PM ET
Oct
11
California Mortgage Expo – SF/Oakland
San Francisco, CA
Get the Daily
Advertisement
Advertisement
Wholesale
Finance of America Plans To Sell Retail Unit, Close Wholesale