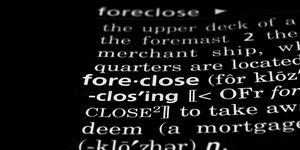 The April Mortgage Monitor report released by Lender Processing Services Inc. (LPS) found that the rate of foreclosure sales (i.e., completion of the foreclosure process) in judicial foreclosure states hit its highest point since 2010. However, the length of time that process is taking -- as well as the disparity in foreclosure timelines between judicial and non-judicial states -- continues to grow. Still, as LPS Applied Analytics senior vice president Herb Blecher explained, the steady return to a relative degree of normality in the foreclosure sale rate has helped to bring down foreclosure inventories at the national level. "The foreclosure sale rate in judicial states rose nearly 17 percent from March to April," Blecher said. "This is the highest that rate has been since the moratoria and process reviews in the fall of 2010 led to a near-complete halt in the process in both judicial and non-judicial states. Non-judicial rates were relatively quick to bounce back, but judicial states experienced a much slower, though steady, increase. This has helped drive an overall decline in foreclosure inventory at the national level, which is now at 3.2 percent -- its lowest point in four years. "The situation is far from resolved," Blecher stressed. "Foreclosure inventories in judicial states are still more than three times the size of those in non-judicial states, and national inventories are still more than seven times pre-crisis levels. Additionally, recently announced moratoria will need to be monitored to determine the impact on timelines, as well as the rate of the improvement trend." LPS also looked at prepayment speeds (historically, a good indicator of refinance activity), and found that prepayment speeds have stayed elevated as interest rates remain near record lows, though they are down from recent historic highs. In particular, loan vintages from 2009 and earlier are prepaying at historically high speeds, because borrowers are selling their homes and taking advantage of recent home price increases, or refinancing through HARP. More recent vintages are showing signs of potential "burnout," with borrowers having already taken what advantage they could of the current rate environment. In addition, liquidity for lower credit borrowers has been steadily increasing, as the data showed prepayment speeds for credit scores under 720 increased 20-30 percent on a year-over-year basis, as compared to just 7 percent for borrowers with credit scores of 720 and above. As reported in LPS' First Look release, other key results from LPS' latest Mortgage Monitor report include: ►Total U.S. loan delinquency rate: 6.21 percent ►Month-over-month change in delinquency rate: -5.81 percent ►Total U.S. foreclosure presale inventory rate: 3.17 percent ►Month-over-month change in foreclosure pre-sale inventory rate: -5.83 percent ►States with highest percentage of non-current loans: FL, NJ, MS, NV, NY ►States with the lowest percentage of non-current loans: MT, WY, AK, SD, ND
Link copied
Published
Jun 06, 2013
Coming Up See All
Aug
18
Maximum Acceleration
Las Vegas, NV
Aug
19
Originator Connect
Las Vegas, NV
Aug
19
Non-QM Summit
Las Vegas, NV
Get the Daily
Advertisement
Advertisement
Analysis and Data
Existing-Home Sales Fell Again In July