Rise in Home Prices May Not Indicate a Bubble 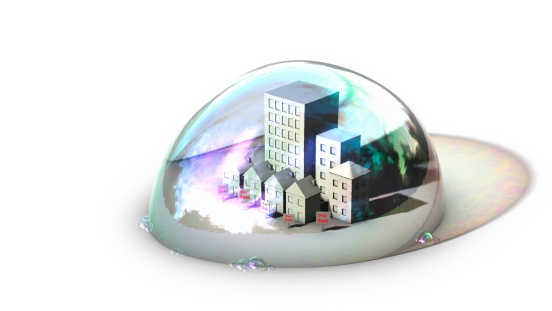 As the rebound in the U.S. housing market continues to strengthen, with annualized prices rising more than 10 percent nationally in March and April, some market watchers have begun to warn of a reinflation of the property bubble that burst in 2007 and led to the country's worst economic slump since the Great Depression. Standard & Poor's Ratings Services suggests that, while double-digit gains in prices are unsustainable, it may be premature to view the current state of U.S. housing as being in a bubble, Standard & Poor's said in a report published on RatingsDirect titled, "U.S. Home Prices Suddenly Surge, But Talk Of A Bubble May Be Premature." A number of factors are contributing to the increase in home values, including historically low (albeit now rising) borrowing costs, property purchases by investors looking to rent them out, and the undersupply of homes for sale--new houses, in particular--as builders struggle to ramp up after a half-decade of cuts. All told, S&P believes U.S. home prices are low relative to historical values. Nationally, home prices are still 28 percent below their July 2006 peak. Fundamental indicators such as price-to-rent and price-to-income ratios remain favorable. The ratio of home prices to rents returned to about 16.2 times in the first quarter of this year, down sharply from more than 25 times in 2007 and slightly below the long-term average. Standard & Poor's believes that while the current pace of gains in home prices may not last long, it's premature to describe the market as being in a bubble. In fact, with home values still well below their pre-recession peaks, we expect prices to continue to rise this year.
Link copied
Published
Jun 19, 2013
Coming Up See All
Sep
29
How to Win with Non-Delegated Correspondent - Key Insights on the Model and Fulfillment Solutions
Webinar
2:00 PM ET
Oct
06
How to Use Credit as A Strategic Tool to Attract More Leads, Make Better Offers and Close More Loans
Webinar
2:00 PM ET
Oct
11
California Mortgage Expo – SF/Oakland
San Francisco, CA
Get the Daily
Advertisement
Advertisement
Wholesale
Finance of America Plans To Sell Retail Unit, Close Wholesale