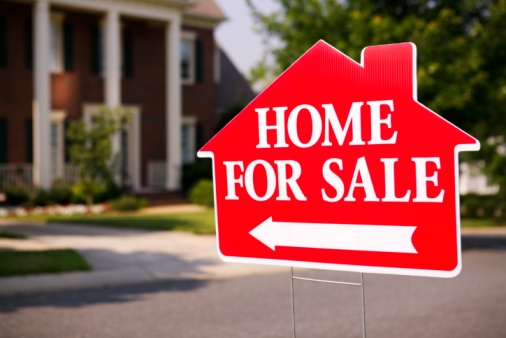 Data through May 2013 released by S&P Dow Jones Indices for its S&P/Case-Shiller Home Price Indices showed increases of 2.5 percent and 2.4 percent for the 10- and 20-City Composites in May versus April. Dallas and Denver reached record levels surpassing their pre-financial crisis peaks set in June 2007 and August 2006. This is the first time any city has made a new all-time high. The 10- and 20-City Composites annual returns rose slightly from April to May as they posted the best year-over-year gains since March 2006. All 20 cities increased from May 2012 to May 2013 and from April 2013 to May 2013. The chart below depicts the annual returns of the 10-City Composite and the 20-City Composite Home Price Indices. In May 2013, the 10- and 20-City Composites posted annual increases of 11.8 percent and 12.2 percent, respectively. “Home prices continue to strengthen,” said David M. Blitzer, Chairman of the Index Committee at S&P Dow Jones Indices. “Two cities set new highs, surpassing their pre-crisis levels and five cities--Atlanta, Chicago, San Diego, San Francisco and Seattle--posted monthly gains of over three percent, also a first time event. The Southwest and the West saw the strongest year-over-year gains as San Francisco home prices rose 24.5 percent followed by Las Vegas (+23.3 percent) and Phoenix (+20.6 percent). New York (+3.3%), Cleveland (+3.4 percent) and Washington, D.C. (+6.5  percent) were the weakest. Monthly numbers before seasonal adjustment showed all 20 cities experienced rising prices. San Francisco (+4.3 percent), Chicago (+3.7 percent) and Atlanta (+3.4 percent) were the leaders. However, two cities–Cleveland and Minneapolis were down slightly after seasonal adjustment." The chart to the right shows the index levels for the 10-City and 20-City Composite Indices. As of May 2013, average home prices across the United States are back to their spring 2004 levels. Measured from their June/July 2006 peaks, the peak-to-current decline for both Composites is approximately 24-25 percent. The recovery from the March 2012 lows is 15.9 percent and 16.5 percent for the 10-City and 20-City Composites. All 20 cities showed positive monthly returns for May. Ten cities–Chicago, Denver, Detroit, Las Vegas, Miami, New York, Phoenix, Portland, Seattle and Tampa–showed acceleration. Chicago posted an impressive monthly rate of 3.7 percent in May; it was higher than in April by one percentage point. Miami and Seattle had their largest monthly gains since August 2005 and April 1990, respectively. On an annual basis, all cities showed gains ranging from 3.3 percent to 24.5 percent. Twelve MSAs–Atlanta, Detroit, Las Vegas, Los Angeles, Miami, Minneapolis, Phoenix, Portland, San Diego, San Francisco, Seattle and Tampa–posted double-digit growth. Atlanta, Las Vegas, Phoenix and San Francisco were the four cities to post annual increases of over 20 percent. Las Vegas and San Francisco accelerated as measured by their May versus April year-over-year returns. Although Atlanta and Phoenix continue to post impressive gains, their May annual rate decreased to just over 20 percent compared to April. Detroit showed the most deceleration with a three percentage point decline. “Homebuyers remain in a tight market, with steady demand clashing with a lack of home inventory pushing home prices higher," said Bill Banfield, Quicken Loans director of capital markets." As price gains continue in the months ahead, we will see more homeowners having the confidence to list their home with the increased equity that this report indicates.”
Link copied
Published
Jul 30, 2013
Coming Up See All
Sep
29
How to Win with Non-Delegated Correspondent - Key Insights on the Model and Fulfillment Solutions
Webinar
2:00 PM ET
Oct
06
How to Use Credit as A Strategic Tool to Attract More Leads, Make Better Offers and Close More Loans
Webinar
2:00 PM ET
Oct
11
California Mortgage Expo – SF/Oakland
San Francisco, CA
Get the Daily
Advertisement
Advertisement
Analysis and Data
Mortgage Rates Spike For 6th Straight Week