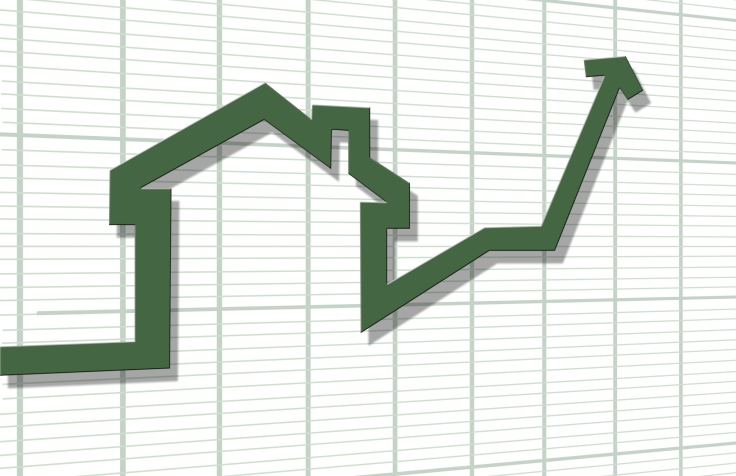 CoreLogic has released an analysis of home price trends during the first quarter of 2013 in more than 380 U.S. markets based on the CoreLogic Case-Shiller Indexes. The indexes are owned and generated by CoreLogic, supplemented with data from the Federal Housing Finance Agency (FHFA). This quarterly report differs from the S&P/Dow Jones Case-Shiller monthly report; though both reports reflect findings from the same dataset, this analysis includes local-level data for a greater number of markets over a different time frame. The CoreLogic Case-Shiller Indexes estimate that home prices increased by 10.2 percent in the first quarter of 2013, the first double-digit gain since the peak of the housing bubble seven years ago. The analysis also projects that price appreciation will begin to decelerate in 2014 as rising home prices and mortgage interest rates erode affordability and demand and supply become more balanced. As more homeowners consider selling their homes to lock in capital gains, including many who had negative equity until the recent surge in home values, upward pressure on prices will subside. “Record levels of affordability, a slowly improving job market, and very small inventories of new and existing homes for sale will continue to drive U.S. home price appreciation during the summer,” said Dr. David Stiff, chief economist for CoreLogic Case-Shiller. “Although a small number of metropolitan areas show year-over-year declines, it is likely that home prices in these cities will turn positive by the end of the year.” Three of the metros that experienced a small year-over-year home price decline are Long Island, N.Y. (-1 percent), Waukegan-Kenosha, Ill-Wis. (-2 percent) and Poughkeepsie, N.Y. (-4 percent). At the same time, prices in many cities that were at the center of the housing bubble have rebounded sharply, such as in Phoenix (+23 percent), Sacramento (+21 percent), Detroit (+18 percent) and Miami (+14 percent). Additionally, extremely limited inventories of homes for sale in these markets have resulted in increased prices. This is also true in Bismarck, N.D. (+13 percent), where housing demand from an influx of oil and natural gas workers is running ahead of supply. In Detroit, Phoenix and Sacramento, the months’-supply of active listings is approximately three months and Miami is hovering around five and a half months. Both indicate strong sellers’ markets. New housing construction is also ramping up as rising home prices boost developer profits. But building activity has increased more slowly than expected, due mostly to the uneven economic recovery. CoreLogic notes that builder confidence, which leads to construction activity, has been soaring, so the pace of new construction is expected to increase more rapidly.     “Although double-digit gains usually indicate unsustainable appreciation and, possibly, bubbles in some metro areas, there is less need for concern now since home prices remain 26 percent below their peak nationally and are even lower in many metro markets,” said Dr. Stiff.
Link copied
Published
Aug 02, 2013
Coming Up See All
Aug
19
Originator Connect
Las Vegas, NV
Aug
19
Non-QM Summit
Las Vegas, NV
Aug
24
DealDesk Focus on Deephaven DSCR Loans
Webinar
2:00 PM ET
Get the Daily
Advertisement
Advertisement
Tech
First American Introduces Procision Automated Valuation Suite