Home Flipping Up 16 Percent Year-Over-Over in 2013 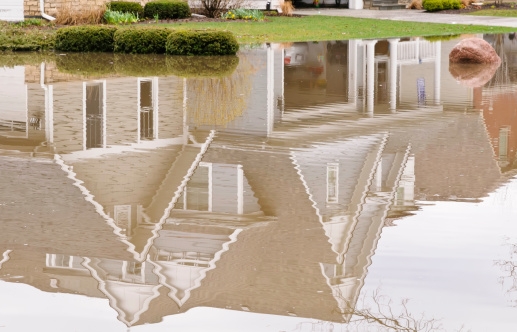 RealtyTrac has released its Year-End and Q4 2013 Home Flipping Report, which shows 156,862 single family home flips—where a home is purchased and subsequently sold again within six months—in 2013, up 16 percent from 2012 and up 114 percent from 2011. Homes flipped in 2013 accounted for 4.6 percent of all U.S. single family home sales during the year, up from 4.2 percent in 2012 and up from 2.6 percent in 2011. Flips accounted for 3.8 percent of all sales in the fourth quarter, down slightly from 3.9 percent of all sales in the third quarter and down from 7.1 percent of all sales in the fourth quarter of 2012—the highest percentage of sales represented by flips in a single quarter since RealtyTrac began tracking flipping data in the first quarter of 2011. The average gross profit for a home flip—the difference between the flipped price and the price the flipper purchased the property for—was $58,081 for all U.S. homes flipped in 2013, up from an average gross profit of $45,759 in 2012. The average gross profit for homes flipped in the fourth quarter was $62,761, up from 52,746 in the fourth quarter of 2012. The report also shows the biggest increases in flipping nationwide occurred on homes with a flipped price of $400,000 or more. Although flipping increased across all price ranges, flips on homes with a flipped sale price above $400,000 increased 36 percent from 2012, while flips on homes with a flipped sale price at or below $400,000 increased 17 percent from 2012. The average time to complete a flip nationwide was 84 days in 2013, down from 86 days in 2012 and down from 100 days in 2011. “Strong home price appreciation in many markets boosted profits for flippers in 2013 despite a shrinking inventory of lower-priced foreclosure homes to purchase,” said Daren Blomquist, vice president of RealtyTrac. “For the year 21 percent of all properties flipped were purchased out of foreclosure, but that is down from 27 percent in 2012 and 32 percent in 2011. Meanwhile flipped homes were still purchased at an average discount of 13 percent below market value in 2013, the same average discount as 2012, indicating that investors are finding discounted buying opportunities outside of the public foreclosure process—particularly in those markets with the biggest increases in flipping for the year.” Major metro areas with big increases in home flipping in 2013 compared to 2012 included Virginia Beach (up 141 percent); Jacksonville, Fla., (up 92 percent); Baltimore, Md. (up 88 percent); Atlanta (up 79 percent); Richmond, Va., (up 57 percent); Washington, D.C. (up 52 percent); and Detroit (up 51 percent). Major markets with big decreases in home flipping in 2013 compared to 2012 included Philadelphia (down 43 percent), Phoenix (down 32 percent), Tampa (down 17 percent), Houston (down 17 percent), Denver (down 15 percent), Minneapolis (down nine percent), and Sacramento (down five percent).
Link copied
Published
Jan 31, 2014
Coming Up See All
Aug
11
California Mortgage Expo — San Diego
San Diego, CA
Aug
11
SMS Marketing 101
Webinar
2:00 PM ET
Aug
18
Maximum Acceleration
Las Vegas, NV
Get the Daily
Advertisement
Advertisement
Analysis and Data
U.S. Added 528,000 Jobs In July