Sales of Million-Dollar Homes in California Spike in 2013 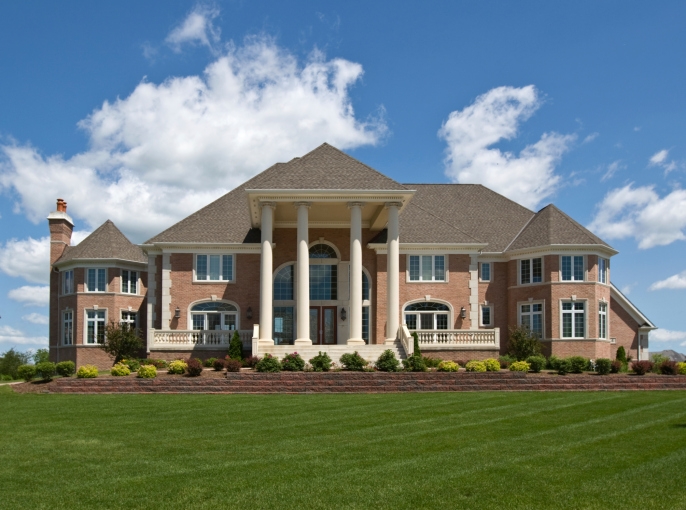 The number of California homes that sold for a million dollars or more rose last year to the highest level in six years, the result of rising home prices and an improving economy, among other factors. The strongest sales gains were at the luxury market’s high end, with record sales above the $2 million mark, according to San Diego-based DataQuick. A total of 39,175 homes sold for a million dollars or more in 2013, up 45.1 percent from 26,993 in 2012. It was the highest number sold since 42,506 in 2007. The all-time high was in 2005, when 54,773 homes sold for $1 million or more. Last year’s 45.1 percent year-over-year increase in $1 million-plus sales easily eclipsed the state’s housing market as a whole: Overall home sales totaled 446,319 last year, down 0.6 percent from 449,059 in 2012. Last year’s increase in luxury home sales reflects the combination of rising demand and sharp price appreciation that pushed many homes up over the million-dollar threshold. “The luxury home market is unique, always has been. It responds to its own set of economic factors. Things like job growth, mortgage interest rates and migration patterns do not play the same role as IPOs, stock market performance or how well one type of investment does compared to another, and where one wants to park one’s excess money. The $2 million threshold seems to be a more interesting cutoff point. Homes selling below that level do seem more responsive to the more traditional market factors,” said John Walsh, DataQuick president. Price appreciation tugged many more homes up over the $1 million mark last year, but it was the multi-million-dollar home sales that set records. Statewide, 840 homes sold for more than $5 million last year, an all-time high and up 20.3 percent from the previous high of 698 in 2012. In the $4-$5 million range a record 596 homes sold, up 29.3 percent from 461 in 2012. In the $3-$4 million range, a record 1,455 homes sold, up 31.3 percent from 1,108 in 2012. In the $2-$3 million range sales totaled 4,492, a record and up 37.4 percent from 3,269 in 2012. In the $1-$2 million range, 25,352 sold last year, up 42.5 percent from 17,791 in 2012 but still 26.1 percent behind the all-time high of 34,313 in 2005. There were 6,440 sales where the price was unavailable, but where it could be determined that the price exceeded $1 million because of the size of the mortgage. DataQuick monitors real estate activity nationwide and provides information to consumers, educational institutions, public agencies, lending institutions, title companies and industry analysts. The $1 million transactions include home sales where it could be determined from public records that there was a buyer, a seller, that money changed hands, and that there was a legal transfer of property ownership. Not included were property swaps, sales of multiple lots, sales where no price or loan amount was available, teardowns, and large farm or ranch properties. Sales to companies and trusts were included. Last year 10,602 of the homes that sold for $1 million or more were bought with cash, a record number, up from 7,791 in 2012. Cash was used more frequently the higher up the price scale. Of those who did finance their purchase last year, the median down payment was 30.0 percent of the purchase price. The lending institutions most willing to provide mortgage financing for $1 million-plus homes were Wells Fargo, Bank of America and Union Bank. The most expensive confirmed purchase last year was a 15,355-square-foot, 8-bedroom, 14-bathroom beachfront Malibu mansion built in 1993 which sold for $74,500,000 in January. The largest was a 25,447-square-foot, 16-bedroom, 18-bathroom mansion in Indian Wells that sold for $2,250,000. In some communities virtually all of the home sales were in the million-dollar category. Among them: Santa Monica, Rancho Santa Fe, Atherton and Los Altos. Newly-built homes accounted for 6.9 percent of last year’s $1 million-plus sales, up from 4.9 percent in 2012. Condo sales made up 10.1 percent of the million-dollar category, up slightly from 9.2 percent the year before. Last year most $1 million-plus condos were sold in Los Angeles, San Francisco and San Diego counties. The median-sized million-dollar home sold in California last year was 2,504 square feet, with 4 bedrooms and 3 bathrooms. The median price paid per square foot for all $1 million-plus homes in 2013 was $682, up 6.9 percent from $637 in 2012. For the overall California market, the square-foot median was $208 last year, up 28.1 percent from $162 in 2012, DataQuick reported. There are 8.8 million houses and condos in California. Of those, 270,591 are assessed for more than a million dollars by county assessor offices, DataQuick reported.
Link copied
Published
Jan 31, 2014
Coming Up See All
May
24
Suncoast Mortgage Expo
Tampa, FL
May
26
Non-QM is about Solutions and Confidence
Webinar
1:00 PM ET
Jun
01
DealDesk Focus on Acra Lending Rehab Loans
Webinar
1:00 PM ET
Get the Daily
Advertisement
Advertisement
Analysis and Data
Financial Well-Being of U.S. Adults Improving