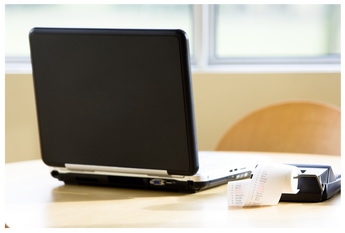 Question: Are there limits to how many times a loan originator may submit or resubmit a loan through Fannie Mae’s Desktop Underwriter?  Answer:  There are several automated underwriting engines, usually embedded within the Loan Origination System (LOS), that analyze the collateral, income, assets and credit obligations referred to as “Automated Underwriting Findings” or simply “AUS findings.” Fannie Mae’s engine is entitled Desktop Underwriter (DU), Freddie Mac’s is named Loan Prospector (LP), and the USDA’s “Guaranteed Underwriting System” is called “GUS.”  As a general rule, FHA, VA and Agency guidelines do not specifically reflect the maximum number of submissions and resubmissions a lender may make before or after the loan closes (i.e., AUS findings are frequently re-run after the loan funds in order to make corrections). Often, the AUS findings will be run more than one time—and in some case multiple times—as information changes once the verification process begins. One reason to resubmit is due to the fact that loan terms may change or the borrower’s income and assets may increase or decrease. As a Best Practice rule, loan officers and processors should place notes in the LOS to support each resubmission. Multiple resubmissions might be considered a Red Flag. A Red Flag may be caused by a lender trying to manipulate the transaction data into returning an Approve/Eligible result. The more accurate notes that are maintained on the actions, decisions, and milestones in the processing of DU files, the stronger the position in defense of the foregoing resubmissions. Brandy George is Associate Director of Underwriting Operations for Lenders Compliance Group. She may be reached by phone at (516) 442-3456.
Link copied
Published
Apr 03, 2014
Coming Up See All
Dec
01
How to Qualify Foreign National Borrowers with Acra Lending’s Investor Cash-Flow Program
Webinar
1:00 PM ET
Dec
02
Certified Military Home Specialist Course - Basic Training
Webinar
11:00 AM PT / 2:00 PM ET
Dec
07
OriginatorTech
Virtual
•
11:00 AM ET
Get the Daily
Advertisement
Advertisement
Analysis and Data
IMB Production And Profits Improve In The Third Quarter