In addition to its fifth consecutive award for customer satisfaction in mortgage origination, Quicken Loans, which serves clients in all 50 states from centralized Web lending centers in Detroit, Ohio and Arizona, was also named highest in customer satisfaction among home loan servicers in 2014 by J.D. Power—the first year the company was eligible for the honor.

“Our tenure at the top of this study of client satisfaction is a simple reflection of ‘who we are’ as a business,” said Dan Gilbert, founder and chairman of Quicken Loans. “Our nearly 12,000 team members go to tremendous lengths every single day to deliver the best client experience in the industry. This is led by a culture where innovation, passion and execution thrive.”

According to the J.D. Power study, Quicken Loans earned the highest score in all six key categories of the study:

“Every day you have a choice—you can get better, or you can get worse. I’m proud to say that we continue to get better,” said Bill Emerson, Quicken Loans CEO. “We’re able to keep setting the bar higher because of three simple things: people, process and technology. Our knowledgeable team members deliver an unmatched experience through communication and efficiency, our process remains simple and our technology is second to none.”

Quicken Loans moved its headquarters to Detroit in 2010 and now has more than 9,000 team members working in the city’s urban core. 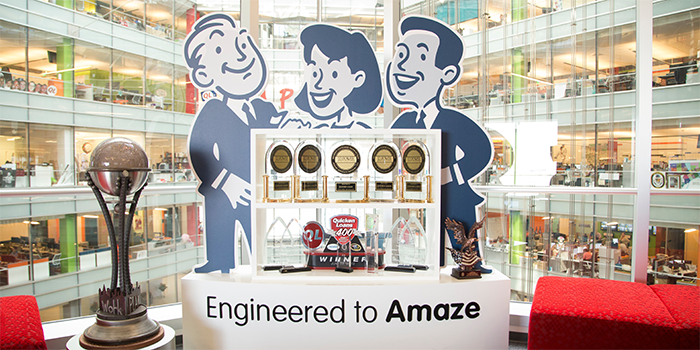