Michael R. Brown, president of New Jersey based CIS, has been elected as the 2015 president of the National Consumer Reporting Association (NCRA). Brown, who lives in Harrison, N.J., was selected as the organization's president at its annual conference in mid-November. NCRA is the premier trade association for the credit industry's independent companies.

“The purpose of the National Consumer Reporting Association is to promote the general welfare of its members: credit reporting agencies, employment screening services, tenant screening companies and all issuers of consumer reports; as well as the businesses they serve and the consumers whose information they report, “ said Brown, originally from Scotland. “We provide leadership in education, legislation, ethics, and enhanced vendor's relations, all in an effort to enable our members to successfully meet the needs of business and the modern consumer under the terms of the Fair Credit Reporting Act.”

Brown, who was also a longtime resident of Chicago and later New Orleans, has been on NCRA's Board of Directors for five years, having served previously as treasurer and vice president. He has been in the credit industry for over 25 years. 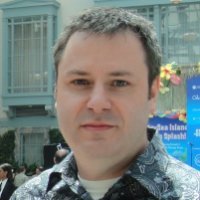 Earlier this year, Brown was named president of CIS, which offers an array of unique and insightful credit and marketing tools intended to optimize business decision-making and positioning clients for business growth while mitigating risk. Brown brings a wealth of experience to this position, from credit reporting, background screening, compliance, financial analytics, and software development/implementation. CIS is a member of the NCRA, National Association of Professional Background Screeners, Mortgage Bankers Association and local chapters of mortgage professionals and lenders nationwide.

CIS' Chief Executive Officer Nancy Fedich had also served as president of NCRA. CIS is a charter member of NCRA with headquarters in New Jersey, and additional offices on the East and West Coasts.