National Mortgage Professional Magazine’s Book Review: Why Some Firms Thrive While Others Fail: Governance and Management Lessons From the Crisis 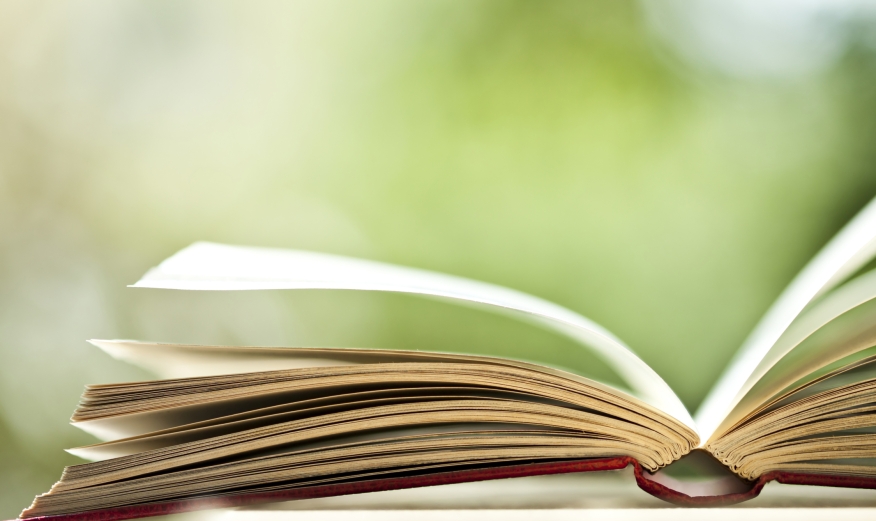 The name Tom Stanton first came to my attention in the summer of 1996. I was preparing a talk for the Mortgage Bankers Association’s Annual Convention in San Francisco that coming October. The assigned topic was mortgage banking industry profitability. Five years earlier, Stanton had written a controversial book about the risks Fannie Mae, Freddie Mac and the other 12 government-sponsored enterprises (GSEs) were (potentially) creating for taxpayers. In the book, State of Risk: Will Government-Sponsored Enterprises be the Next Financial Crisis?, Stanton examined the structure of the GSEs and how they distorted the mortgage finance market and created risk. Needless to say, State of Risk very much colored the presentation I made that year.

Other than knowing that Stanton had a connection to Johns Hopkins University, where he remains a Fellow at the Center for Advanced Governmental Studies, I’d lost track of him for years. He reappeared in 2009 as a senior staffer to the Financial Crisis Inquiry Commission (FCIC). His focus at the FCIC was on governance, organization, management and risk analysis. In the course of his work there, Stanton interviewed dozens of CEOs, traders, government officials and others about the causes of the financial crisis, and more specifically the roles of management and governance in the crisis. The crisis provided testing-grounds for such an analysis because it revealed the winning and losing firms.

In the aftermath of the Commission, which sadly missed a concise conclusion of the chief cause of the crisis, Stanton assembled his notes and further explored the role of governance, management, organization, risk and their bearing on the crisis. The product of his examination of the wreckage is, Why Some Firms Thrive While Others Fail: Governance and Management Lessons From the Crisis.

The book’s thesis is that there was a significant difference in the quality of governance, organization and management between firms that survived the financial crisis and those that didn’t. To support and prove the point, Stanton focuses on four firms that survived—Goldman Sachs, JPMorgan Chase, TD Bank and Wells Fargo—and eight firms that failed, including AIG, Bank of America, Citigroup, Countrywide, Fannie Mae, Freddie Mac, Lehman Brothers and Washington Mutual. Stanton then proceeds to examine how each firm sealed its fate, for better or worse. 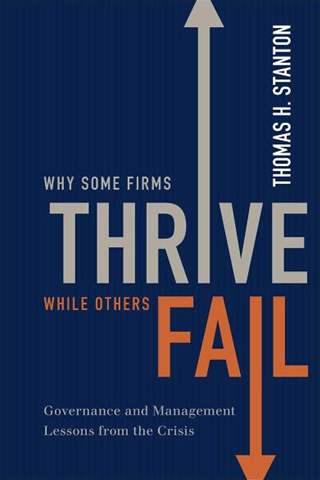 What we learn from the research—and not surprisingly, it’s quite scholarly—is that successful firms have much in common, while unsuccessful firms fail in a wide variety of ways. The commonalities among the successful firms included: discipline, a long term perspective on their businesses, strong communication and information systems, and maybe most importantly, a culture that extolled these attributes. For example, JPMorgan Chase had all of these attributes and combined them with what Stanton described as a “fortress balance sheet.” This combination saved the day for the bank. However, for Goldman, it was its elaborate and sophisticated system of checks and balances between risk taking and risk management along with the aforementioned attributes that made the firm a survivor.

Firms that failed—or were rescued but caused great losses to the financial system—each had one or more major weakness, often many, and few if any of the four basic attributes.  For example, for Countrywide it was its rapid growth and hunger for profits that did in the company despite its fabled state of the art technology. For WaMu, failure was largely due to its series of fast-paced acquisitions and its failure to put the entire company on a common platform, or operating system, along with few of the four core virtues.

All the failed companies also had, to one degree or another, managements that exhibited common but fundamental weaknesses. For Fannie Mae it was the pursuit of short term growth and profits, razor thin capital and high leverage and neglect of substantial investment in its information systems. For WaMu it was a compensation program for the chief risk officer that connected it to production growth.

As suggested, a common operating platform that connected the entire enterprise was essential for the successful. According to Stanton, a firm’s capacity to manage its operations was impaired without such a system since management couldn’t have a wide-angle lens from which to view and assess the firm’s aggregate risk. JPMorgan Chase and Goldman had such systems and used them; AIG, Citi, Fannie and WaMu didn’t have a common platform, and they paid the price for not having them. Countrywide had such a platform, but its other weaknesses left it blind to what the data was signaling.

What none of the failed firms had is the paramount ingredient that Stanton found in all of the successful firms, namely “constructive dialogue.” This is a combination of human and system-wide communications inside the firm. With a constructive dialogue everything is essentially linked together internally—people and systems. This is simple and direct and it allows forewarnings to be sounded in the day to day operation of the firm. It’s an environment where close and continuous communication between systems and managers can offer a “head’s up” to potential problems, then address them head on, before a black swan event surfaces to shipwreck the firm. This capacity and foresight put the successful firms on the defensive long before the others saw the approaching storm. They saw the trouble first, not last.

Wells Fargo was cited as a firm that originated mortgages across the product spectrum but carefully avoided the riskiest mortgage products, such as option ARMs. Its managers’ aversion to risk saved the firm, Stanton observed. Countrywide, on the other hand, kept right on digging, never finding a mortgage product that was too risky to avoid. As a result, and as we all know, it collapsed, nearly bringing down Bank of America in the process and inflicting billions of dollars of losses on investors.

To be successful, constructive dialogue must be employed in the firm both vertically and across business lines. Stanton writes, “Successful firms created organizations and processes that fostered a constructive dialogue between managers of revenue producing units and risk officers, to help ensure that short-term returns did not result in decisions that increased the firm’s vulnerability to potential failure.”

This dialogue is said to foster a constructive discussion between business unit managers and risk managers that is encouraged and joined by the CEO and promulgated by the board of directors. Constructive dialogue may be best seen as the continuous solicitation of feedback throughout the enterprise. It creates and promotes a “constructive tension” between profit centers and risk officers, between the CEO and the board, and between the CEO and senior managers. At successful firms problems are uncovered because management wants bad news so it can be addressed and eliminated. By contrast, unsuccessful firms failed to recognize the errors of its way.

A pronounced example of this tension was the “system of comptrollers” that Goldman employed to check its traders risk appetites. Risk was quantified and hedged to insulate the firm from harm. According to Stanton, constructive dialogue was also the single most important improver of decision making for the firm.  “Feedback is the gift that keeps on giving”, he wrote.

Stanton says, “A distinguishing characteristic of unsuccessful firms was their pursuit of short-term growth and profits without appropriate regard for the risks neither involved nor constructive dialogue with those concerned about risk.”

Examples of firms and CEOs who avoided this necessary dialogue and pursued rapid growth in size and profitability were Angelo Mozilo at Countrywide and Leland Brendsel at Freddie Mac. Mozilo apparently never found a mortgage product he couldn’t embrace, whereas Brendsel fired his chief credit officer, ostensibly preferring to surround himself with yes men and women.

Sadly, Stanton avoids any broad discussion of hubris though its undercurrent permeates the entire book. Frequently, it’s the dominant but unspoken weight on the firms. The absence of this finding of overbearingness on the part of CEOs, combined with some minor but annoying repetitiveness is the book’s own very minor shortcoming.

Why Some Firms Thrive While Others Fail is a book that CEOs and risk managers should read and study to know what to do and what not to do. However, it’s no fast, easy read. The book is quite technical, demanding much concentration from the reader. Reflecting its academic bent, it includes an extensive 26-page roster of notes, hundreds of footnotes and 16 pages of reference materials, many from the FCIC’s investigation and heretofore unpublished. Stanton’s access through the FCIC to people and documents provides much new primary source materials for researchers to draw upon.

For all these reasons, it may be the bible of books on governance. Too bad it wasn’t written six years earlier and made mandatory reading for CEOs.

Tom LaMalfa is a 34-year veteran mortgage-market analyst and researcher. He has done pioneering work in the areas of secondary markets, wholesale mortgage banking, mortgage brokerages, financial benchmarking and GSE reform. Tom continues since 1977 to co-author an old-fashioned mail newsletter, The Holm Mortgage Finance Report. In the aftermath of the financial crisis, his focus is on Washington, D.C. and the regulatory burden it is imposing on consumers and lenders. His 21-year old research firm, TSl Consulting, does survey research. He may be reached by e-mail at [email protected]