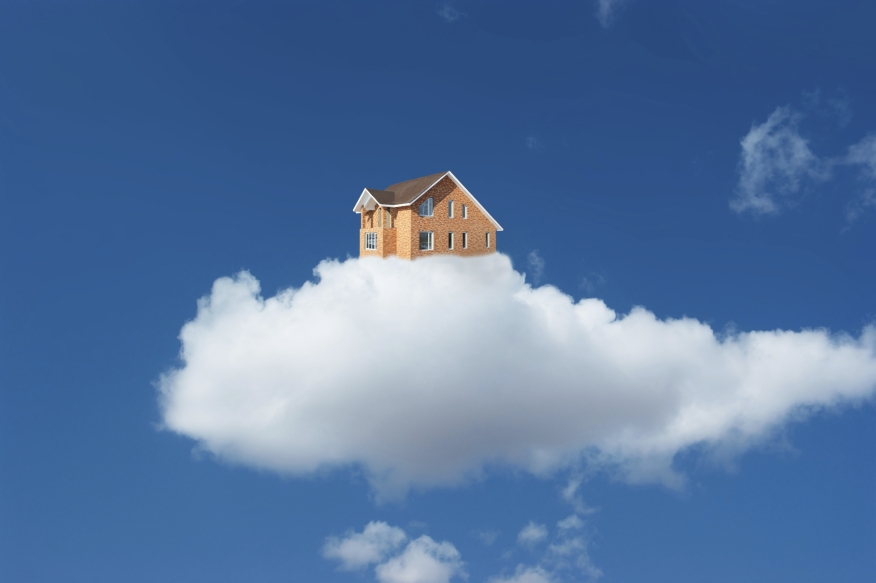 CoreLogic has released new analysis showing nearly 273,000 U.S. homes returned to positive equity in the third quarter of 2014, bringing the total number of mortgaged residential properties with equity to approximately 44.6 million, or 90 percent of all mortgaged properties. Nationwide, borrower equity increased year over year by approximately $800 billion in the third quarter of 2014. The CoreLogic analysis indicates that approximately 5.1 million homes, or 10.3 percent of all residential properties with a mortgage, were still in negative equity as of Q3 2014 compared to 5.4 million homes, or 10.9 percent, for Q2 2014. This compares to a negative equity share of 13.3 percent, or 6.5 million homes, in Q3 2013, representing a year-over-year decrease in the number of underwater homes by almost 1.5 million (1,433,296), or three percent.

Of the 44.6 million residential properties with positive equity, approximately 9.4 million, or 19 percent, have less than 20-percent equity (referred to as “under-equitied”) and 1.3 million of those have less than 5-percent equity (referred to as near-negative equity). Borrowers who are “under-equitied” may have a more difficult time refinancing their existing homes or obtaining new financing to sell and buy another home due to underwriting constraints. Borrowers with near-negative equity are considered at risk of moving into negative equity if home prices fall. In contrast, if home prices rose by as little as five percent, an additional one million homeowners now in negative equity would regain equity.

“Nationally, the negative equity share is down over three percentage points over the past year. Declines were concentrated in a handful of states, such as Nevada, Georgia, Michigan and Florida,” said Sam Khater, deputy chief economist for CoreLogic. “Forecasted house price appreciation of about five percent over the next year suggests that negative equity should be at about 8 percent a year from now, still above average, but approaching the pre-crisis level.” 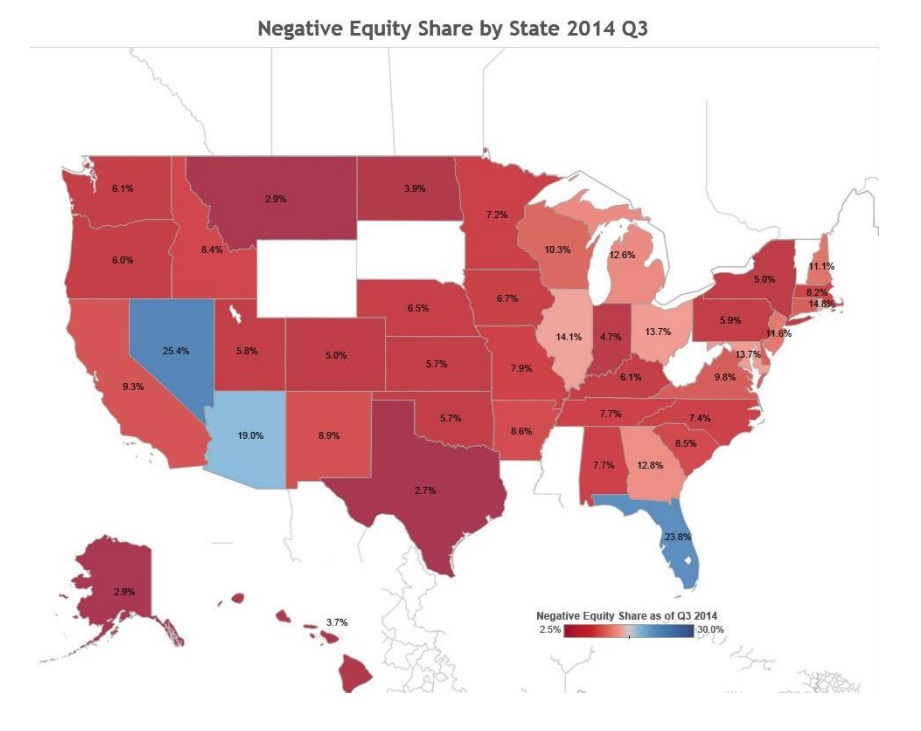 “Negative equity continued to decrease in the third quarter as did the level of homes mired in the foreclosure process. This should hopefully translate into less friction in the housing market as we move forward,” said Anand Nallathambi, president and CEO of CoreLogic. “Better fundamentals supporting homeownership in the face of higher rents should attract more first-time homebuyers to the market this year and next.”

►Nevada had the highest percentage of mortgaged properties in negative equity at 25.4 percent, followed by Florida (23.8 percent), Arizona (19 percent), Rhode Island (14.8 percent) and Illinois (14.1 percent). These top five states together account for 33.1 percent of negative equity in the United States.

►Approximately 2.1 million underwater borrowers hold both first and second liens. The average mortgage balance for this group of borrowers is $299,000.The average underwater amount is $78,000. 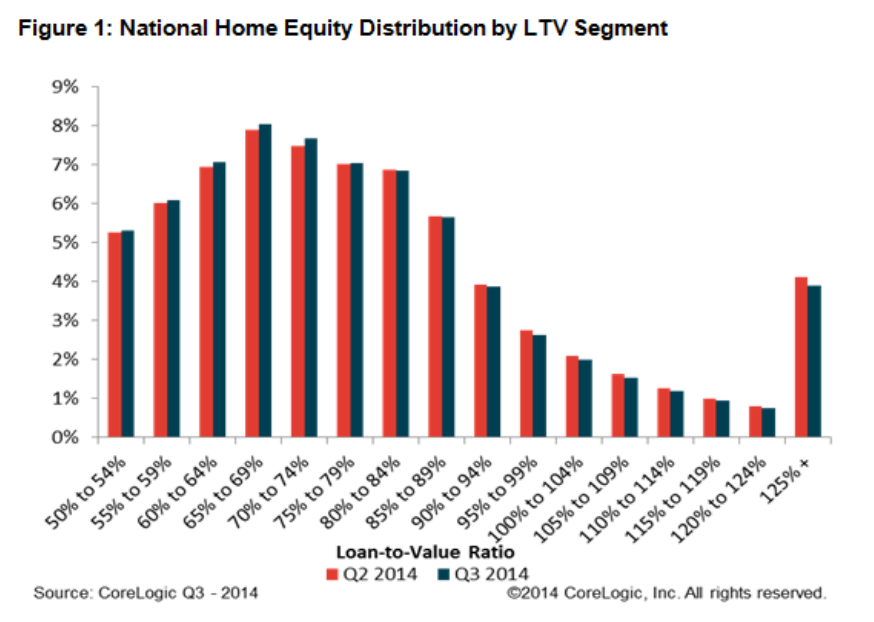