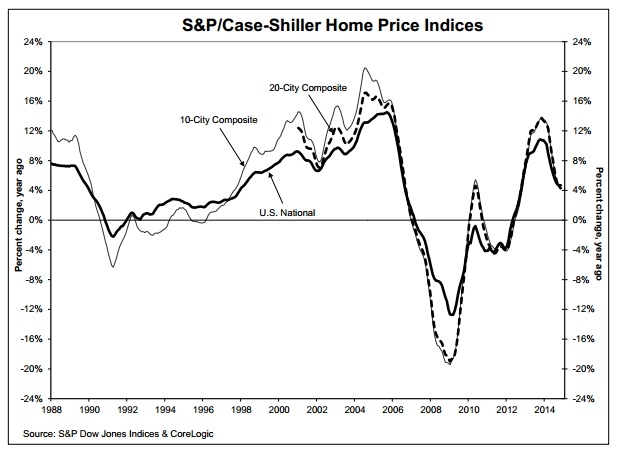 The latest data from the S&P/Case-Shiller Home Price Indices found housing prices slowing down during November 2014, leading to concern of a possibly weak housing market for this year.

David Blitzer, managing director and chairman of the Index Committee at S&P Dow Jones Indices, acknowledged that the housing market could be stronger.

“With the spring home buying season, and spring training, still a month or two away, the housing recovery is barely on first base,” Blitzer said. “Prospects for a home run in 2015 aren’t good. Strong price gains are limited to California, Florida, the Pacific Northwest, Denver, and Dallas. Most of the rest of the country is lagging the national index gains. Moreover, these price patterns have been in place since last spring. Existing home sales were lower in 2014 than 2013, confirming these trends.

“Difficulties facing the housing recovery include continued low inventory levels and stiff mortgage qualification standards,” Blitzer added. “Distressed sales and investor purchases for buy-to-rent declined somewhat in the fourth quarter. The best hope for housing is the rest of the economy where the news is better.” 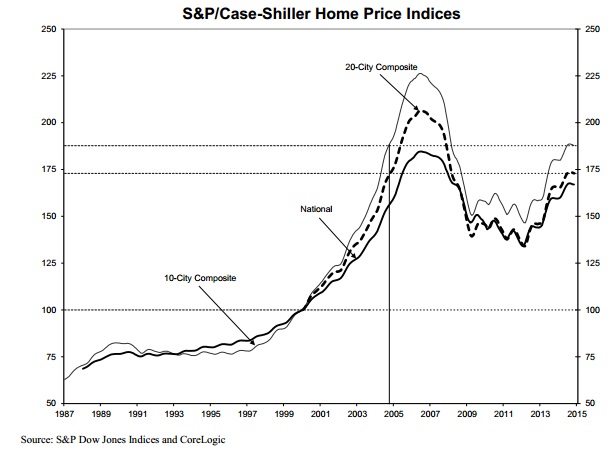