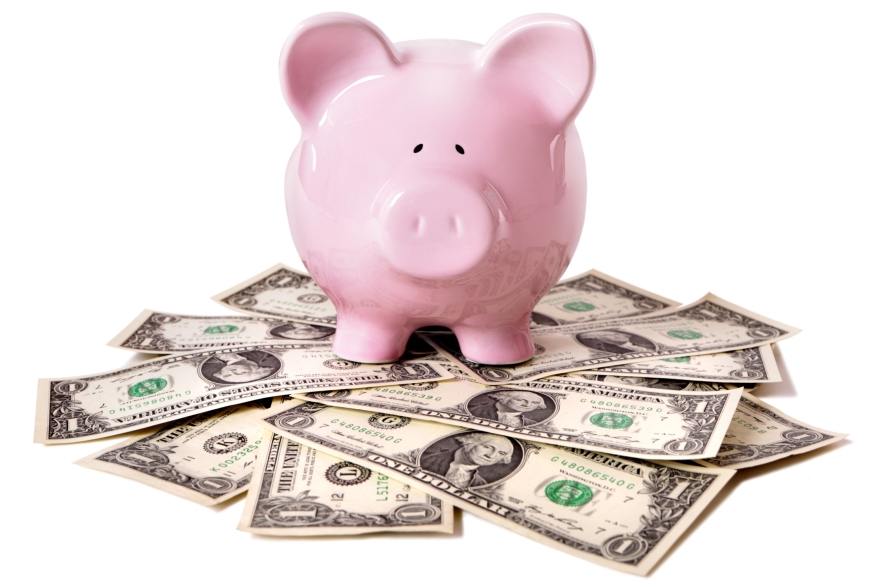 Americans seems to be saving more money, but a number of new surveys suggest that the act of putting something aside is becoming harder for many people.

New data released today by the U.S. Department of Commerce’s Bureau of Economic Analysis found personal spending was down in December 2014 to a seasonally adjusted 0.3 percent from one month earlier. This was the first time since January 2014 that spending rates were down, and it was also the largest such decline in spending rates in more than five years. But for 2014 as a whole, personal spending was up 3.9 percent, higher than the 3.6 increase registered in 2013.

Concurrently, the latest data found Americans’ savings rate were at 4.9 percent in December, compared to 4.3 percent from the prior month as Americans set aside an additional $75 billion. And perhaps some of that savings could be aimed at a down payment on a house—which would be timely, considering that the Commerce Department also found that the rental income of persons increased $5 billion in December, compared with an increase of $2.5 billion in November.

As for whatever savings Americans are enjoying thanks to the current climate of lower gas prices, the money is not going back into the economy at full throttle. A Wall Street Journal report finds that consumers are not spending the extra money they now have because of lower prices at the fuel pump.

“Since the recession, you have a much more cautious consumer,” Wayne Best, chief economist at Visa, told the Journal, adding that his company found half of consumes are pocketing their gas savings while 25 percent are using it to pay off their debts; the remaining consumers are primarily spending on food and clothing.

But saving money is not easy for everyone. A new survey from the Pew Charitable Trusts found that 70 percent of American households are challenged by at least one of a trio of financial burdens: inadequate savings, heavy debt burdens and/or monthly expenses that are greater than monthly income.

The survey also reported that 55 percent of American households could not cover a month’s worth of expenses using the funds they have in their savings accounts. In fact, those making the least amount of money can cover roughly nine days of expenses, placing them particularly at risk of a financial shock.

“Despite the national recovery, most families feel vulnerable and stressed, and could not withstand a serious financial emergency,” the Pew survey stated. “This reality must begin to change if the American Dream is to remain alive and well for future generations.”

But for those that have money to save, it appears that these funds are going into domestic hiding places rather than depositories. A new survey of 1,820 adults conducted by American Express found 29 percent of those polled keep at least some of their savings at home in cash. Fifty-three percent of those that opt for the home instead of the bank or credit union hide their money in what they dub a “secret location,” and 67 percent of Millennials admit to hiding their savings outside of the depositories.

“We’ve long asked people about how they've planned to keep their savings, and for the past few years, we’ve seen an uptick in people saving cash,” said Kimberly Litt, public affairs manager at American Express.

And as for where those savings are being used, it would not appear that this money is being aimed into the down payment on a new home. Last week, the Commerce Department found the U.S. homeownership fell to 63.9 percent in the fourth quarter of 2014, a 20-year low. The rate hit a peak of 69.4 percent in 2004; it was 64.3 percent in the third quarter of 2014.