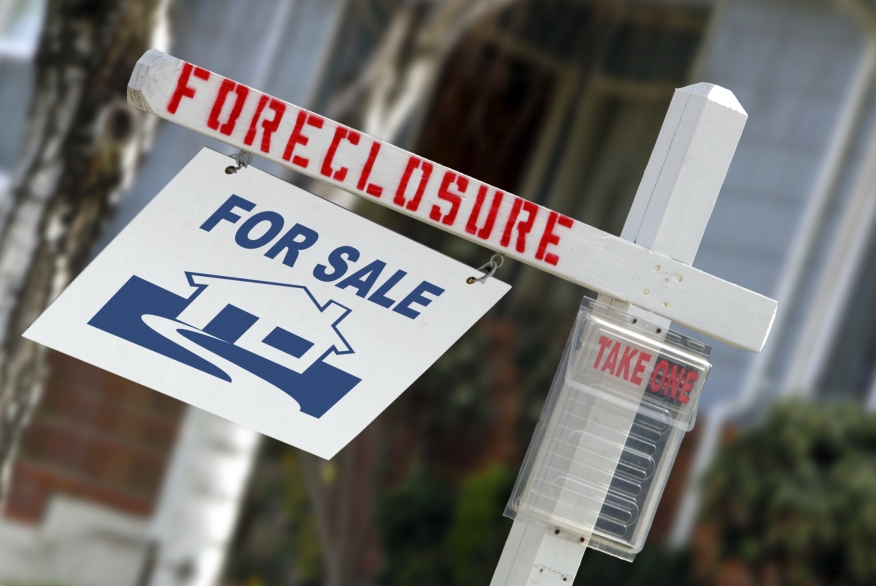 “In 2014, the annual sum of completed foreclosures declined 15 percent from the 662,000 reported in 2013," said Sam Khater, deputy chief economist at CoreLogic. “Completed foreclosures last year were less than half the 1.2 million peak in 2010, but remain twice the level of normal activity over 10 years ago.” 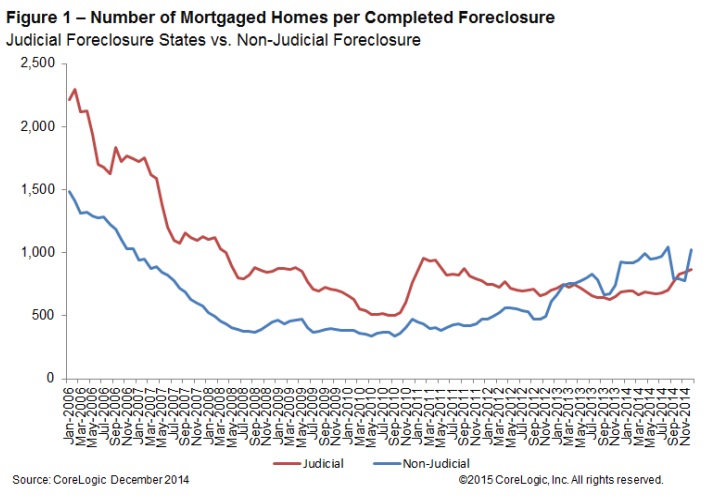 “The steady decline in the number of completed foreclosures is a good sign of healing in the U.S. housing market,” said Anand Nallathambi, president and CEO of CoreLogic. “Nonetheless, there remain many pockets of the country with very high foreclosure inventories, underscoring the unevenness of the nation’s housing recovery.”

Highlights as of December 2014:

►All states posted double-digit year-over-year declines in foreclosure inventory with the exception of West Virginia, which experienced a 9.5 percent decrease. The District of Columbia experienced a 21.7 percent increase.

►Thirty-three states showed declines in year-over-year foreclosure inventory of greater than 30 percent, with the largest declines in Utah (-48.8 percent) and Florida (-48.6 percent). 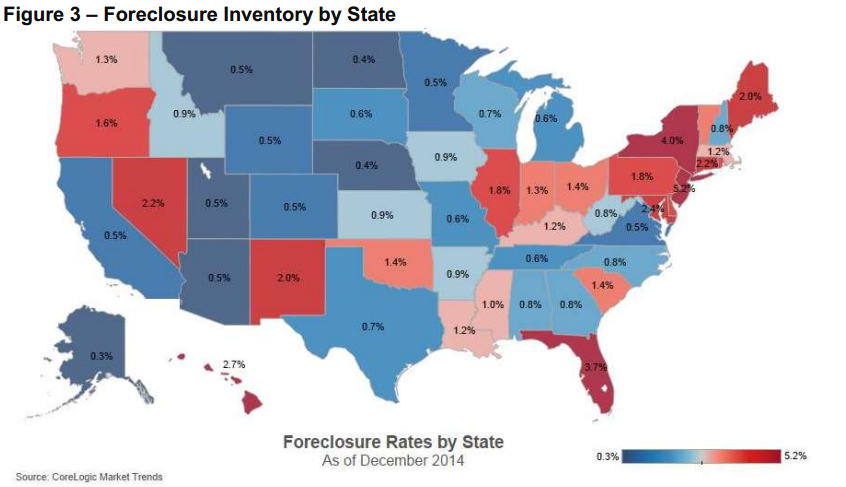