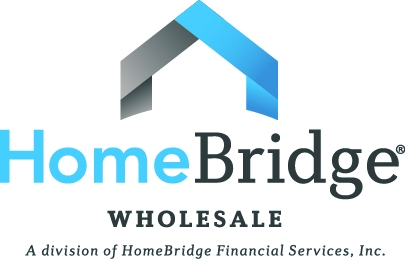 HomeBridge Wholesale has announced that industry veteran Craig Chapman has joined the company in the newly created role of Eastern Divisional Sales Manager, based in Washington, D.C. Reporting to Michael Grant, national sales manager for HomeBridge Wholesale, Chapman will work with HomeBridge’s regional sales managers and account executives in expanding the company’s presence and solidifying its existing relationships with brokers throughout the Eastern U.S.

Chapman brings to HomeBridge more than 20 years of lending industry experience and has held senior executive management positions with some of the leading mortgage firms in the country. Previously, Chapman assisted with the formation of 1st Commonwealth Bank of Virginia, a de novo bank based in Arlington, Va. As managing director of the bank’s mortgage division, Chapman was instrumental in the bank’s rapid growth, propelling it to profitability in less than 18 months.

Earlier in his career, as national sales director for First National Bank of Arizona (FNBA), Chapman led the initial development and management of a team of more than 300 sales professionals, successfully growing the FNBA’s eastern division from its startup phase to $7 billion in annual production. Prior to joining FNBA, Chapman held several managerial positions at GreenPoint Financial, where as SVP, director of correspondent Eastern U.S., he was responsible for growing the business by 200 percent in less than one year.

In addition to exceptional leadership skills and a proven track record for high-volume growth, Chapman possesses the entrepreneurial spirit and commitment to customer service that characterizes HomeBridge associates at every level of the organization.

“I was drawn to HomeBridge because the company truly understands what it takes to be successful in this industry. HomeBridge Wholesale has the products brokers expect from a national wholesale lender, coupled with the dedication to speed and customer service that brokers desperately need in today’s ever changing market,” said Chapman.