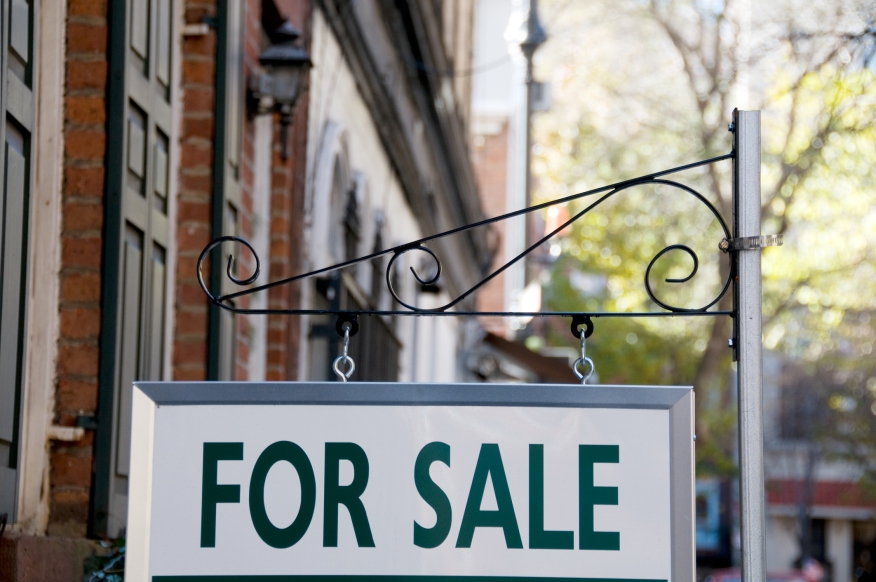 Despite the economic and financial challenges young adults have braved since the recession, the millennial generation represented the largest share of recent buyers, according to the 2015 National Association of Realtors Home Buyer and Seller Generational Trends study, which evaluates the generational differences of recent homebuyers and sellers. The survey additionally found that an overwhelming majority of buyers search for homes online and then purchase their home through a real estate agent, with millennials using agents the most.

For the second consecutive year, NAR’s study found that the largest group of recent buyers was the millennial generation, those 34 and younger, who composed 32 percent of all buyers (31 percent in 2013). Generation X, ages 35-49, was closely behind with a 27 percent share. Millennial buyers represented more than double the amount of younger boomer (ages 50-59) and older boomer (60-68) buyers (at 31 percent). The Silent Generation (ages 69-89) made up 10 percent of buyers in the past year.

“Over 80 percent of millennial and Gen X buyers consider their home purchase a good financial investment, and the desire to own a home of their own was the top reason given by millennials for their purchase,” Lawrence Yun, NAR chief economist said. “Fixed monthly payments and the long-term financial stability homeownership can provide are attractive to young adults despite them witnessing the housing downturn and subsequent slow recovery in the early years of their adulthood.”

With millennials entering the peak buying period and expected to soon surpass boomers in total population, Yun believes the share of millennial purchases would be higher if not for the numerous obstacles that have slowed their journey to homeownership.

“Many millennials have endured underemployment and subpar wage growth, and rising rents and repaying student debt have made it very difficult to save for a downpayment," said Yun. "For some, even forming households of their own has been a challenge.”

According to the survey, 13 percent of all home purchases were by a multi-generational household, consisting of adult siblings, adult children, parents and/or grandparents.

The biggest reasons for a multi-generational purchase were cost savings (24 percent) and adult children moving back into the house (23 percent). Younger boomers represented the largest share of multi-generational buyers at 21 percent, with 37 percent of those saying the primary reason for their purchase was due to adult children moving back into their house.

“Even though the share of first-time buyers has fallen to its lowest level since 19871, young adults in general are more mobile than older households,” said Yun. “The return of first-time buyers to normal levels will eventually take place in upcoming years as those living with their parents are likely to form households of their own first as renters and then eventually as homeowners.”

Generation X buyers (68 percent) were the most likely to be married, younger boomers had the highest share of single female buyers (23 percent), and millennial buyers were more likely (compared to other generations) to be an unmarried couple (14 percent).

Regardless of their age, buyers used a wide variety of resources in searching for a home, with the Internet (88 percent) and real estate agents (87 percent) leading the way. Millennials were the most likely to use a real estate agent, mobile or tablet applications, and mobile or tablet search engines during their search; Gen X buyers were the most likely to use an open house.

Although the Internet was the top source of where millennials found the home they purchased (51 percent), they also used an agent to purchase their home at a higher share (90 percent) than all other generations.

NAR President Chris Polychron, executive broker with 1st Choice Realty in Hot Springs, Ark., says the survey results highlight the fact that while the Internet is widely used during the home search process, the local market knowledge and expertise a Realtor provides is both valued and highly sought by buyers of all ages.

“Nothing can replace the real insights and guidance Realtors® deliver to help consumers navigate the complex buying and selling process,” said Polychron.

Although most purchases by all generations were in a suburban area, the share of millennials buying in an urban or central city area increased to 21 percent in the past year (19 percent a year ago), compared with only 12 percent of older boomers (unchanged from a year ago). Older boomers and the Silent Generation were more likely to buy in a rural area (18 percent each). Buyers’ median distance from their previous residence was 12 miles, with older boomers moving the furthest at a median distance of 30 miles.

The majority of all buyers (79 percent) purchased a detached single-family home. Gen X buyers represented the largest share of single-family homebuyers (85 percent), and the Silent Generation was the most likely to purchase a townhouse or row house (10 percent). A combined 7 percent of millennial buyers bought an apartment, condo or duplex in a building with two or more units.

Among the biggest factors influencing neighborhood choice, millennials were most influenced by the quality of the neighborhood (75 percent) and convenience to jobs (74 percent). Convenience to schools was most desired by Gen X buyers and proximity to health facilities by the Silent Generation.

Millennials plan to stay in their home for 10 years, while the baby boom generation as a whole plans to stay for a median of 18 years.

NAR’s study found that 88 percent of all buyers in the past year financed their purchase. Millennials (97 percent) and Gen X (96 percent) were more likely to finance than older boomers (72 percent) and the Silent Generation (61 percent). The median downpayment ranged from 7 percent for millennial buyers to 20 percent for older boomers.

Twelve percent of all recent buyers had delayed their home purchase due to outstanding debt. Among the 22 percent of millennials who took longer to save for a downpayment, 54 percent cited student loan debt as the biggest obstacle – down slightly from 56 percent a year ago.

Gen X homeowners represented the largest share of sellers in the past year (27 percent), followed by older boomers (23 percent) and younger boomers (20 percent). The older the seller, the longer he or she was in the home. Millennials had been in their previous home for a median of five years, while older boomers and the Silent Generation stayed for 13 years.

Younger sellers were more likely to need a larger home or move for job relocation. In comparison, older buyers wanted to be closer to family or friends, said their home was too large, or were moving due to retirement.

The survey additionally found that Gen X sellers were the most likely to have wanted to sell earlier but were stalled because their home had been worth less than their mortgage (23 percent compared to 16 percent for all sellers).

Sellers moved a median distance of 20 miles, with boomers and the Silent Generation moving further distances and downsizing to a smaller-sized home.

A combined 60 percent of responding sellers found a real estate agent through a referral by a friend, relative or neighbor, or used their agent from a previous transaction. Eighty-three percent are likely to use the agent again or recommend to others.

While all sellers wanted help in marketing their home to potential buyers, younger sellers were more likely to want their agent to help with pricing the home competitively or selling within a specific timeframe.

NAR mailed a 127-question survey in July 2014 using a random sample weighted to be representative of sales on a geographic basis. A total of 6,572 responses were received from primary residence buyers. After accounting for undeliverable questionnaires, the survey had an adjusted response rate of 9.4 percent. The recent homebuyers had to have purchased a home between July of 2013 and June of 2014. Because of rounding and omissions for space, percentage distributions for some findings may not add up to 100 percent.