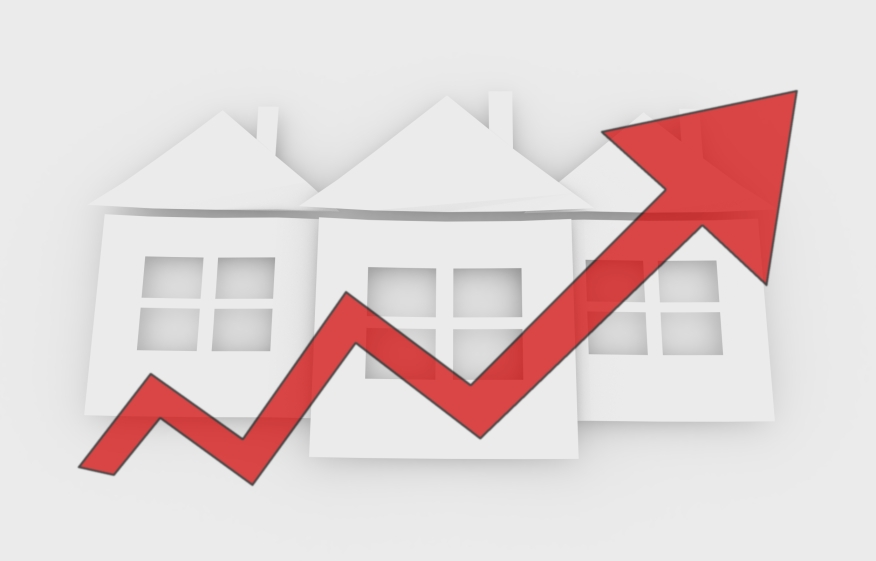 Both sides in the homeownership-versus-renting debate trotted out data to support their respective claims of strength in numbers. But those advocating renting as a housing option confronted numbers showing a lack of inventory and, in one major market, a serious evaporation of affordable options. 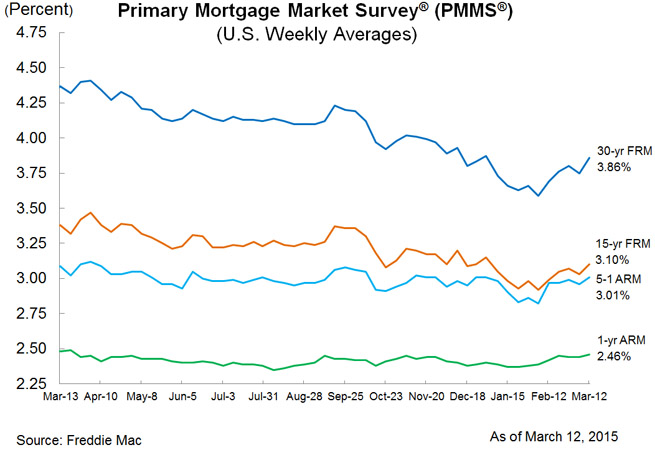 “The average 30-year fixed-rate mortgage rose to 3.86 percent for this week following a strong labor market report, essentially bring rates back to where they were at the start of the year,” Len Kiefer, deputy chief economist at Freddie Mac.

Today’s data from Freddie Mac was not that far removed from mortgage rate data released Tuesday by Zillow, which found the 30-year FRM at 3.73 percent and the 15-year FRM at 2.92 percent.

“Rates remained flat for most of last week but jumped sharply after Friday's exceptionally strong jobs report, before easing back down early this week,” said Erin Lantz, vice president of mortgages at Zillow. “We expect rates to hold steady this week due to little incoming data and the official start of the European Central Bank's bond purchases.”

Also supporting the cause of homeownership was the Mortgage Bankers Association (MBA) Builder Application Survey data for February 2015, which found mortgage applications for new home purchases up by 12 percent relative to the previous month. The MBA estimated new single-family home sales were running at a seasonally adjusted annual rate of 487,000 units in February, which is down 8.1 percent from the January pace of 530,000 units. But on an unadjusted basis, the MBA estimated that there were 42,000 new home sales in February, an increase of 7.7 percent from 39,000 new home sales in January. The average loan size of new homes increased from $304,364 in January to $311,379 in February, with conventional loans making up nearly two-thirds of the mortgage applications.

“An increase in mortgage applications to builders in February over strong January numbers bodes well for new home purchases this year,” said Lynn Fisher, MBA’s vice president of research and economics. “Applications in both January and February were up on a year over year basis.”

Over on the rental side, new data released by the National Multifamily Housing Council (NMHC) and the National Apartment Association (NAA) the apartment industry and its 36 million residents contributed an impressive $1.3 trillion to the U.S. economy and supported 12.3 million jobs in 2013. Citing demographic changes fueled by the housing choices of Millennials and the relocation of Baby Boomers back to urban markets, the NMHC-NAA data found that apartment construction contributed more than $1 billion to each of 17 different metro areas during 2013, with Los Angeles leading the list with $5 billion.

“Our study showed major increases around apartment construction, with spending, economic contributions and personal earnings from construction all rising substantially,” said Dr. Stephen S. Fuller, an economist at George Mason University’s Center for Regional Analysis, whose research was at the core of the data. “The construction for multifamily apartment buildings is a significant and growing source of economic activity, jobs and personal earnings in communities nationwide.”

Although there were 294,000 construction starts in 2013, leading to nearly $30 billion in construction spending, the demand for multifamily units is still greater than its supply.

“We need 300,000 to 400,000 new apartments each year just to keep up with resident demand, yet we’ve chronically under-built for years during and after the Great Recession,” said NMHC Chairman Daryl Carter, CEO of Avanath Capital Management. “For example, in 2013, we completed 186,000 units, which is only about half of what was needed to meet resident demand for that year alone. After bottoming out in 2009, apartment starts have increased nationally almost to the point of meeting annual demand, but the lengthy development process and years of backlog mean that completions aren’t likely to hit the necessary level for a couple of years. This increase of available apartments will also help address affordability challenges that we see in many markets across the U.S.”

Also complicating matters is the increased absence of affordable rental options. Indeed, this situation is particularly acute in Washington, D.C—a new study released by the D.C. Fiscal Policy Institute found the availability of affordable rentals has become all but impossible in the nation’s capital. While low-income families were particularly hard hit—64 percent of this demographic devoted half or more of their income to rent—that particular rental market was also brutal on those higher up the economic scale.